By Yu Ning and Jia Huijuan 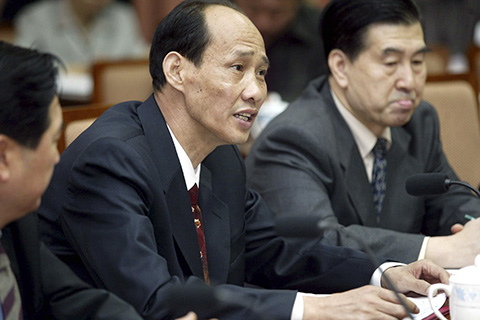 Separate sources told Caixin that Huang was asked to assist investigations in January by authorities. No official information about the investigation has been released.

Huang, the founder and chairman of real estate developer Century Golden Resources Group, is listed by Forbes as the 49th wealthiest businessman in China with an estimated net worth of $3.6 billion in 2016. Born to a rural family in Fujian in 1951, Huang began his business career as a trader in the Philippines in 1986.

He returned to China in 1991 to found Century Golden Real Estate Co. in Fuzhou, the capital city of Fujian. Century Golden Resources later expanded nationwide and is now one of the largest privately held property developers in China.

Huang was earlier involved in investigations of disgraced official Bai Enpei, the former Communist Party head of Yunnan Province, who was sentenced to death with a reprieve in 2016 on corruption charges.

Bai was accused of taking 246 million yuan in bribes between 2000 and 2013 when he was the party chief in Yunnan and the northwestern province of Qinghai. Century Golden Resources was one of 17 companies and individuals that bribed Bai in exchange for business favors in mining, property development and land sales, according to court documents.

Between 2003 and 2009, Century Golden Resources invested in various residential and commercial projects in Yunnan, including the 4.8 million-square-meter Kunming Century City, the largest residential project in the province.

According to the company’s website, Century Golden Resources operates 20 five-star hotels and 10 shopping malls across China. The company has also built 70 million square meters of residential projects, and made investments in the Philippines, Sweden and Denmark.

Century Golden Resources also owns stakes in Bank of Beijing, CSC Financial Co., Fuzhou Airline and Xinhua Insurance. Huang also serves as the vice president of the China General Chamber of Commerce and as an adviser to the Yunnan government.