By April Ma, An Limin and Han Wei 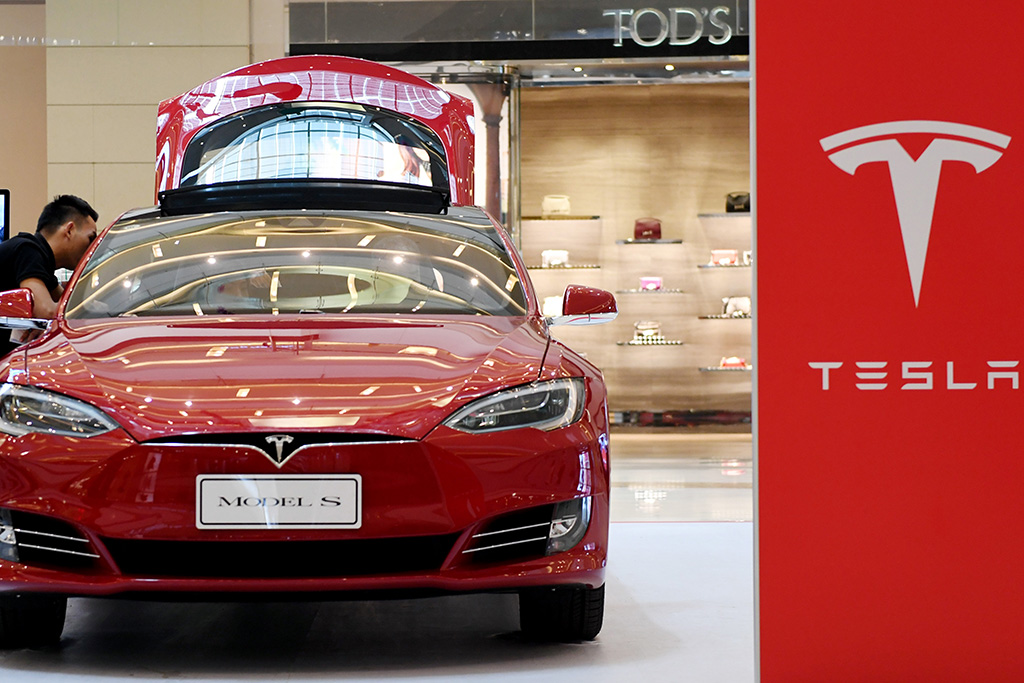 Tesla said Thursday it is in talks with the Shanghai government to explore building a local auto factory. Above: a Tesla Model S. Photo: Visual China

(Beijing) – Tesla Inc. is in talks with the Shanghai government to explore building a local auto factory, the U.S. electric carmaker said late Thursday amid heated speculation that it would launch a China plant soon.

California-based Tesla didn’t offer a timeline for a China factory but said it expects to have more clearly defined production plans by the end of the year. Most production is expected to remain in the U.S., Tesla said.

Speculation that Tesla would soon place a factory in Shanghai’s Lingang development zone has pushed up shares of Shanghai Lingang Holdings Co., the industrial zone developer, for days. Shanghai Lingang said in a Thursday filing that it hadn’t had contact with Tesla.

In March, Tesla reported that it sold $1 billion of vehicles in China last year, accounting for 15% of Tesla’s total sales. Growth accelerated in the first quarter as Tesla imported 4,799 Model S and Model X SUVs to China, a 350% increase from a year earlier, according to data from New York-based JL Warren Capital.

China is already the world’s largest market for new-energy vehicles including electrics, reflecting supportive government policies. In 2016, Chinese customers bought 507,000 new-energy vehicles, about half of which were pure electric cars, according to the China Association of Automobile Manufacturers. An industry development plan projected that new-energy vehicle sales would total 2 million units in China by 2020.

Since Tesla started selling cars in China in 2014, the idea of local production has regularly made headlines. Tesla’s founder and CEO Elon Musk fueled speculation in late 2015 by raising the prospect of beginning production in China by 2018.

Media reports have focused on different locations for a Tesla plant, including Hefei, Suzhou and Guangzhou. In April, Musk met China’s Vice Premier Wang Yang, who oversees industrial development, in Beijing, adding to expectations that the plant would soon materialize.

Onshore production would mean that Chinese car buyers could avoid the 25% tariff on imported cars. Lower shipping fees and production costs would probably also help put the price of Tesla cars in China more on a par with U.S. prices. Today Chinese prices are 30-40% higher.

According to China’s regulations, foreign investors can own no more than 50% of an automobile joint venture. Industry analysts expect the shareholding restriction to be eased in the future after an auto industry development plan issued by the National Development and Reform Commission in April pledged to broaden foreign access to the sector.

But regulators have set strict requirements on research and development capacity of foreign investors in electric car joint ventures in hopes of expanding domestic research capability, according to a 2015 policy. Sources from the automobile industry said the NDRC has recently tightened scrutiny of technology research capacity of electric vehicle manufacturing applicants.

A source close to the NDRC said the commission hasn’t received a joint venture application from Tesla.

Tesla has gained the backing of Tencent Holdings, one of the best-established tech firms in China, which owns 5% of the Palo Alto carmaker. Tencent also invested in Chinese electric car start-up Future Mobility, which plans to launch an electric self-driving car by 2020.

The new plant would be a fundamental step toward realizing Tesla’s goal of localizing and setting down roots, becoming a “China Tesla” rather than just “Tesla China,” as Tesla’s Asia chief, Ren Yuxiang, said in January. He said Tesla was planning to open a China-based research and development center.