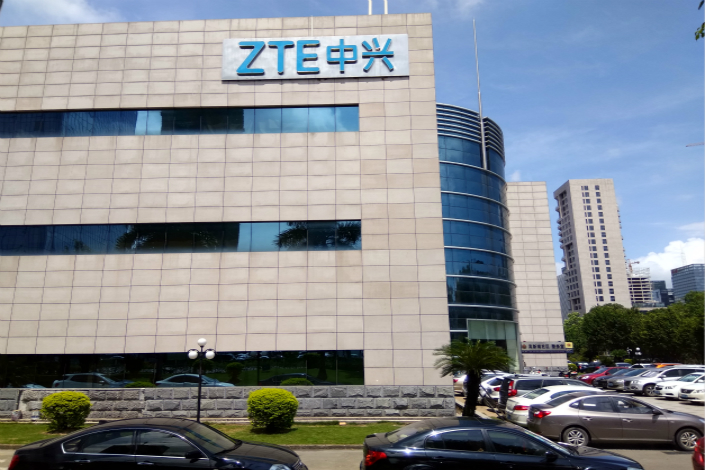 Shares of ZTE Corp. jumped on Monday after the networking-equipment maker announced a new deal that could see it ultimately replace Nokia as the main supplier of fiber-optic backbone networking equipment to Thailand carrier True Corp. Photo: IC

Shares of ZTE Corp. jumped in Hong Kong and Shenzhen on Monday after the networking-equipment maker announced a major new deal that could see it ultimately replace Nokia as the main supplier of fiber-optic backbone networking equipment to Thailand carrier True Corp.

ZTE’s Hong Kong-listed shares rose 4.4%, while its Shenzhen-listed stock rose by a more-modest 1.3%. Following the gains, the stock now trades at two-year highs on both markets.

ZTE said on Friday it had won about three-quarters of the work for building True’s beyond-100G backbone wavelength-division multiplexing network project. No information was given for the potential value of the contracts, but one analyst estimated the amount was likely around $100 million.

True had previously used Nokia Corp. as its main partner for that part of its network, and thus the new deal could signal that ZTE is taking over that role, research house Jefferies wrote in a note. It added that Nokia might have received the remaining 25% of the contracts not won by ZTE.

Jeffries noted that True could have been influenced by China Mobile Ltd., China’s largest mobile carrier, which in 2014 bought 18% of True for $880 million. ZTE and crosstown rival Huawei Technologies Co. Ltd. are major suppliers of China Mobile, and both have also become major exporters. Among the pair, ZTE has become particularly strong in more cost-sensitive emerging markets like Thailand, while Huawei has become a major player in more-lucrative Western markets.

The pair of Chinese companies mostly competes around the globe with Nokia, along with Swedish giant Ericsson in building networks for wireless carriers.

“We are not surprised that China Mobile’s involvement has helped the two Chinese equipment makers gain a foothold there,” Jefferies said. “Ericsson used to be True Corp.’s equipment vendor of its 3G and 4G network, but starting from last year, Huawei took over to provide True Corp. with its 4.5G (LTE-A) network capabilities.”

It added the contracts also marked a big victory for ZTE, symbolizing the company’s products — better known for their price than quality — were at least on a par with Nokia’s.