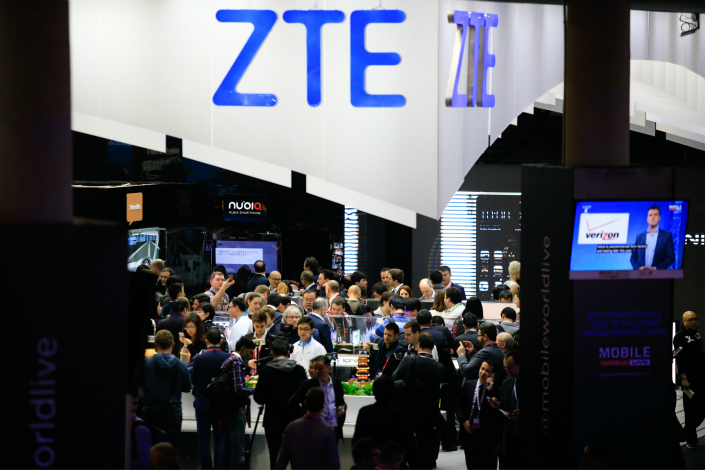 ZTE Corp. plans to spend $520 million on 30-year rights to a 48,000-square-meter piece of land that it will use to develop a new office complex in its hometown of Shenzhen. Photo: Visual China

Telecoms equipment seller ZTE Corp. announced plans to construct a major new office building in its hometown of Shenzhen, as it moves past a difficult retrenchment period that saw it shed many marginal businesses and settle a major piece of litigation.

ZTE said it will pay 3.54 billion yuan ($520 million) for 30-year rights to a 48,000-square-meter land parcel in the Nanshan district of its hometown of Shenzhen, according to an announcement filed with the Hong Kong stock exchange.

“The company currently intends to develop the land into commercial complex buildings for the office premises of the group or for investment purposes,” ZTE said in the statement. “The acquisition could satisfy the business development needs of the group.”

The announcement came just days after ZTE said it won a major new series of contracts from Thai wireless carrier True Corp., in a move that one analyst said could represent a gain at the expense of European rival Nokia.

ZTE’s Hong Kong-listed shares were down 2.1% midway through the Wednesday trading day in Hong Kong after the latest announcement. But the stock has doubled over the last 52 weeks, as investors become more bullish on its prospects following a major corporate overhaul.

ZTE became one of China’s earliest high-tech exporting success stories by building wireless networks in mostly developing markets in a sector previously dominated by Western companies like Nokia and Ericsson. But the company suffered by moving too aggressively into some markets with thin margins, and also due to stiff competition for its newer foray into smartphones.

It ultimately pulled out of some of those markets and spun off several of its noncore units in a bid to focus on its most profitable areas.

Additionally, it had suffered uncertainty due to a probe over its sale of American-made equipment to Iran in violation of U.S. sanctions against the country for its nuclear program. That overhang was finally removed earlier this year when Washington fined ZTE $900 million, effectively settling the matter.

At the same time, ZTE’s revenues have returned to a growth track after a period of decline, and its operating profits are now squarely the black. The company reported its revenue grew 18% in this year’s first quarter, while its operating and net profits posted even larger gains.