By Sun Wenjing and Song Shiqing 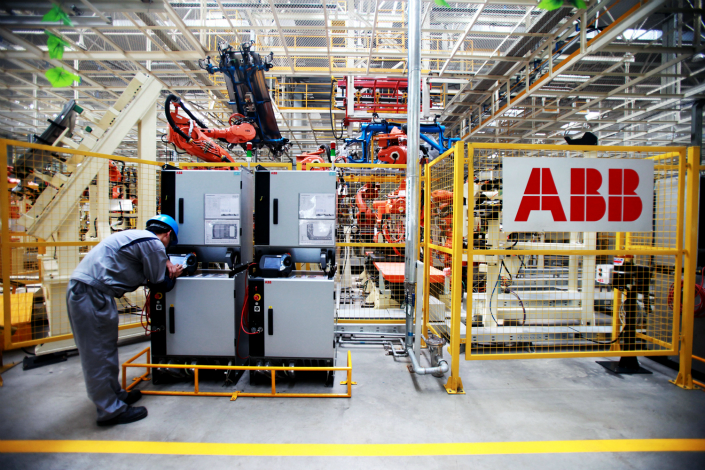 (Hangzhou) — Automation and power technology giant ABB Group has developed a new tool to help industrial customers digitize their manufacturing processes, as the latecomer tries to catch up with its peers in the Chinese market.

The tool, dubbed ABB Ability, is a digital-solutions portfolio and was presented to the China market — ABB’s second-largest — on Wednesday for the first time since its October launch.

Notably, the latecomer ABB Ability is branded as a “portfolio” instead of a “platform.” Besides working from a cloud-based platform, it also includes data sensors, automation systems for analytics, and end-to-end solutions that provide all the hardware and software components needed by customers, according to ABB CEO Ulrich Spiesshofer.

“This marks the next level of industrial technology, moving beyond current connected systems that simply gather data, to industrial operations and machines that use data to sense, analyze, optimize and take actions that drive greater uptime, speed and yield for industrial customers,” Spiesshofer said in a press release last year.

On the cloud-based platform, industrial customers can download and use industry-related applications in the same way as downloading apps with a smartphone. ABB will seek cooperation with more partners and customers to develop applications and build a store like Apple Inc.’s App Store, Jouret told Caixin. Predix has already rolled out 250 applications so far.

Global manufacturers spent $20 billion in their digital transformation in 2012, and this figure is expected to surge to $500 billion by 2020, according to consulting company Accenture. The biggest consumers were in sectors such as communications, media, finance, and insurance, an ABB survey showed.