By Li Zengxin and Han Wei 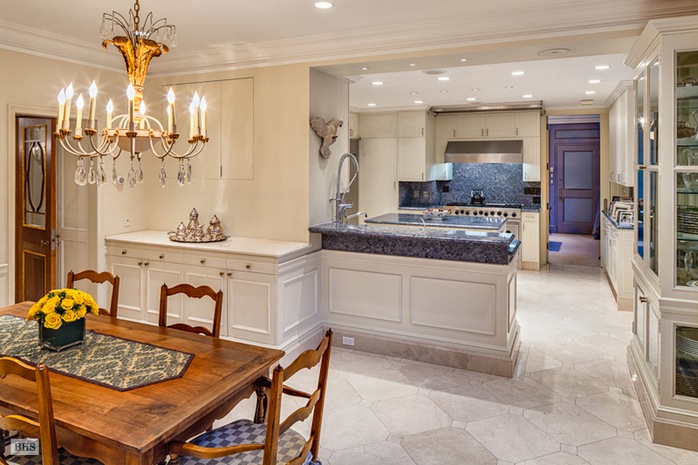 Guo, also known as Miles Kwok, has been living as a fugitive in the U.S. since 2014 to avoid graft investigations in China that brought down his close ally Ma Jian, the disgraced former vice minister of the Ministry of State Security. He is listed on an Interpol "red notice" for wanted fugitives.

In an affidavit filed with the New York State Supreme Court on July 7, PAX requested a pre-judgment order of attachment on Guo’s full-floor luxury apartment in the Sherry-Netherland Hotel on Manhattan’s Fifth Avenue to ensure that any proceeds from a sale don’t leave the U.S.

Guo, identified as Kwok Ho Wan in the court filing, in June listed the seven-bedroom apartment overlooking Central Park for $78 million on the website of property broker Brown Harris Stevens.

Confidential Global Investigations (CGI), a private investigation firm hired by PAX, said in the filing that it believed the apartment is “the only New York asset worth enough to substantially satisfy any judgment” in PAX’s case against Guo.

According to CGI, Guo’s shell company Genever Holding bought the apartment in 2015 for $67.5 million. Guo lives in the apartment and is the sole shareholder of Genever, which has no actual business operation.

“There is a reasonable basis to suspect that once Kwok consummates a sale, assignment, or transfer of the residence or Genever, the proceeds thereof will be transferred offshore, and thus Kwok will no longer have assets in New York sufficient to satisfy any judgment in this case,” the filing said.

PAX is concerned that Guo may not remain in the U.S. for long, and he “would have the means to leave the U.S. quickly and quietly following a disposition of the residence,” given that he has declared holding 11 different passports and owns several other luxury residences around the world, according to the filing.

In the April lawsuit filed in New York, PAX said it has been trying for years to get repayment of a 2008 loan to Spirit Charter, a company that Guo controlled. The original $30 million loan has appreciated to about $88 million after nine years.

Guo’s lawyer in late June asked the court to drop the case, arguing that the New York court has no jurisdiction because the dispute occurred in Hong Kong. But in a court filing, PAX said although the personal guarantee is governed by Hong Kong law, New York and Hong Kong law both treat Guo’s nonpayment as a breach of contract.

PAX said it has submitted more than sufficient supporting evidence to demonstrate that it will prevail on the merits.

Guo, the controlling shareholder in property developer Beijing Zenith Holdings and Beijing Pangu Investment, has been involved in several lawsuits at home and abroad.

In June, nine Chinese construction companies sued Guo in a U.S. court seeking 272 million yuan ($40 million) over allegedly unpaid bills. In early July, Kevin Tung, a New York-based lawyer said he would file another lawsuit against Guo and his companies in a U.S. court on behalf of six Chinese companies and four individuals, seeking $1.5 billion over allegedly unpaid debt and compensation.

Listed by Hurun China Rich List as the 74th-richest Chinese in 2014, Guo is reported to have 15.5 billion yuan in personal assets. But as his assets in China were frozen in unfolding graft investigations, plaintiffs are racing to claim his assets overseas.

Tung told Caixin that it would be a race to win the cases to secure enough compensation for his clients.

A Caixin report published in March 2015 revealed how Guo used his connections with high-level officials to meddle in business deals. In response to Guo’s subsequent actions attacking Caixin, Caixin has filed lawsuits against Guo and his companies in Beijing and in Hong Kong, accusing him of fabricating and disseminating untrue information.