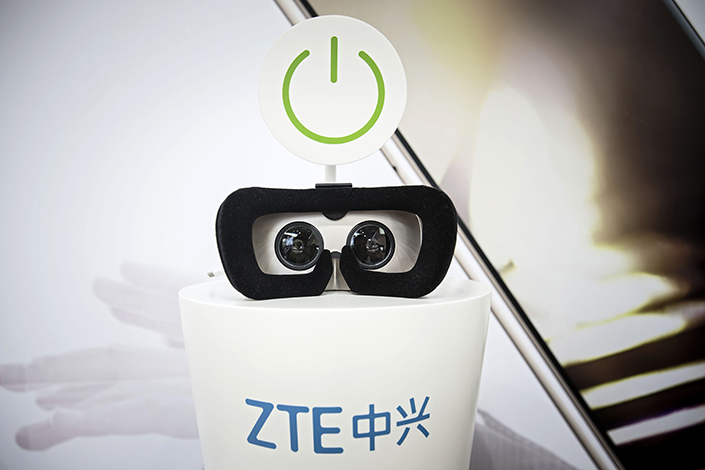 (Beijing) — Shares of telecom equipment-maker ZTE Corp. jumped 6.1% to a two-year high on Thursday after the company issued preliminary first-half results that showed its turnaround is accelerating following a corporate overhaul and settlement of a major piece of litigation.

On Wednesday after markets closed, the company issued a preliminary results announcement saying its operating revenue rose 13.1% in the first six months of the year, while its net profit rose by 30%. Its operating profit rose more than sixfold to 3.3 billion yuan ($489 million).

The company attributed the growth to strong demand for its 4G networking equipment as well as its consumer-focused smartphones in overseas markets.

Research house Jefferies said the data translated to 32% profit growth in the second quarter of the year, marking an acceleration of 28% growth in the first quarter. It added the results, combined with weak performance by global giant Ericsson, indicated that ZTE was probably gaining market share in China at the expense of its European rival.

Jefferies added that the growth was tracking above its own forecasts, and that ZTE’s “carrier business likely had positive growth and margin improvement.”

“We believe both the carrier and consumer segments reported margin expansion, driven by both scale (revenue growth) and strong cost control,” it said. “We previously reported that its overseas handset sales had recovered strongly, and, combined with continued strength in set-top box and modem demand in China, likely contributed to strong performance in the consumer segment.”

ZTE became one of China’s earliest high-tech exporting success stories by building wireless networks in mostly developing markets in a sector previously dominated by Western companies like Nokia Corp. and Ericsson. But the company suffered by moving too aggressively into some markets with thin margins, and also from stiff competition for its newer foray into smartphones.

It ultimately pulled out of some of those markets and spun off several of its noncore units in a bid to focus on its most-profitable areas.

Additionally, it had suffered uncertainty due to a probe over its sale of American-made equipment to Iran in violation of U.S. sanctions against the country for its nuclear program. That overhang was finally removed earlier this year when Washington fined ZTE $900 million, effectively settling the matter.