Archaeologist Who Stood Guard Over Forbidden City Dies at 83 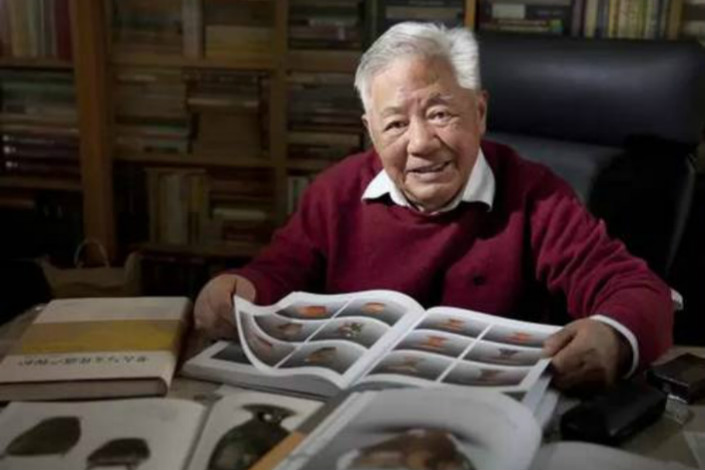 Archaeologist Zhang Zhongpei was a tireless advocate for preserving China’s cultural heritage. He died on July 5 at the age of 83. Photo: Palace Museum

A couple of months after Zhang Zhongpei was appointed director of the Palace Museum in June 1987, lightning stuck the Forbidden City.

The lightning started a fire in the palace complex in Beijing that was once home to China’s emperors for nearly half a millennium. Around the same time as the fire, the palace suffered two thefts of historic artifacts. Even though the flames were quickly doused and the thief was caught, Zhang was appalled. It was then that he made protecting the Forbidden City his top priority.

The then-53-year-old archaeologist pushed for a series of management changes that would bring all of the Forbidden City under the auspices of the Palace Museum, which is itself located in the complex. He stretched the museum’s authority to encompass the Forbidden City’s eastern, western and northern moats, as well as their related buildings. On the surface, it was a bureaucratic change, but it effectively fulfilled Zhang’s vision of consolidating the Forbidden City into a single, undivided historic site.

His mentor, the prominent archaeologist Su Bingqi, once called Zhang the gatekeeper to the Forbidden City, according to a report on Monday by the official Xinhua News Agency.

Zhang’s tenure as the fourth director the Palace Museum was a high point in a career devoted to protecting China’s history and pioneering the field of archaeology in the country. As both an archaeologist and a tireless advocate for preserving China’s cultural heritage, Zhang left his footprints all over the country. He died on July 5 at a hospital in Beijing. He was 83.

Over his career, the renowned archaeologist served on the archaeology committee of the State Administration of Cultural Heritage and as a member of the National Planning Office of Philosophy and Social Science. He was also named the honorary president of the Institute of Gugong Studies.

Zhang was born in 1934 in Changsha, capital of the southern province of Hunan. He attended Peking University, where he majored in archaeology. In 1961, he was assigned to teach history at Jilin University in Changchun, capital of China’s northeastern Jilin province.

As an administrator, Zhang took advantage of higher education reforms at the country’s key universities to found an archaeology program in 1972 during the Cultural Revolution. Although he had no funding or textbooks or field experience, Zhang began leading teachers and students from Jilin University on excursions to do archaeological research while exploring the countryside. Later, he guided a team of his students to create an archaeology curriculum and write textbooks focusing on its practice.

He developed his own strategies for conducting fieldwork, which he named “positional warfare,” “mobile warfare” and “guerrilla warfare” — terms that appropriated the language of the revolution.

In the years that followed, Jilin University’s archaeology program became the best in the country, topping national rankings for both the research and the quality of graduates it produced. Many of the program’s graduates went on to become famous teachers, star researchers and senior administrators at universities, research institutions and museums around the country.

Zhang’s tenure at the Palace Museum lasted until January 1991. From the next year on, he devoted himself to the preservation of China’s cultural heritage. In the following years, Zhang took up the social duties of an archaeologist, such as developing conservation plans for key national projects.

To this day, people remember his contributions to the preservation of the Hongshan site at Chaoyang, Liaoning province, one of the major archaeological sites of the Hongshan civilization, which occupied a stretch of northeastern China from 4700 BC to 2900 BC. Zhang is also well-known for lobbying for the protection of the Liye slips of the Qin Dynasty, which reigned from 221 BC to 206 BC. Before the invention of paper, people wrote on bamboo slips. The Liye slips were the government records of the time. They are considered one of the greatest archaeological discoveries of the 21st century.

After the turn of the century, Zhang focused his research on the origin, formulation and development of civilizations. He introduced “state theory,” the idea that ancient China went through four stages: “Kingdom of Gods,” “Kingdoms,” “Empires” and the “party state.”

Zhang’s view was that the roots of a civilization could be found in changes in family structure and social differentiation. By analyzing ceramics, jade and other artifacts, he discovered changes to the social structure that resulted from the division of labor, social differentiation and social stratification. From this perspective, he began to speculate on the origins and development of civilizations. In his 60-year career in archaeology, he published more than 200 papers, most of which he wrote after he was 65 years old.

In the eyes of his oldest son, Zhang was a workaholic. “(Father) usually spent 10 months a year doing fieldwork in the countryside,” Zhang Xiaowu told Xinhua.

On May 2016, Zhang Zhongpei was diagnosed with lung cancer. For more than a year before he died, he did not tell anyone about his illness other than his family and a few students, according to the Xinhua report.

It appears he worked right until the end. When he died, he left an unfinished paper sitting on his desk.