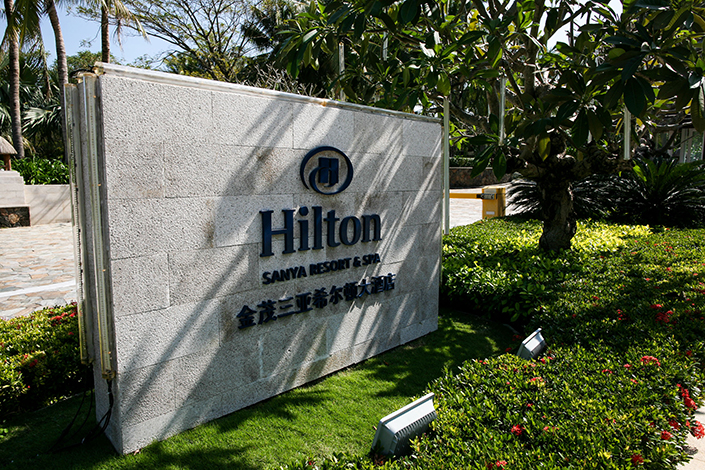 Hotel operator Hilton Worldwide Holdings Inc. said its relationships with global investors HNA Group and Anbang Insurance are continuing as usual, even as the pair of Chinese companies reportedly comes under pressure from Beijing to rein in their global buying.

HNA made headlines last year when it purchased a quarter of Hilton’s shares in a deal valued at about $6.5 billion. Anbang made similar headlines in 2014 when it announced a deal to buy New York’s landmark Waldorf Astoria hotel from Hilton for nearly $2 billion.

HNA has named tourism and leisure as one of its key investment focuses, but hasn’t disclosed specific plans for the Hilton stake. Hilton CEO Christopher Nassetta said that stake is now worth $7.5 billion, split between $4.5 billion equity interest and $3 billion in margin buying. The Anbang partnership is aiming to do a major renovation of the Waldorf that would ultimately see most of the property converted into luxury condominiums.

Some investors have become concerned about both the HNA and Anbang investments after recent reports indicated Beijing was scrutinizing such offshore deals and even cutting off financing for some from domestic banks. Hilton’s shares rose by as much as 47% in the months after the HNA investment was announced in October, but have recently given back some of that and are now ahead by about 32%.

Nassetta said that despite reports of greater scrutiny from Beijing, Hilton hasn’t noticed any major changes in its relationship with either company, including the pending addition of HNA designees to Hilton’s board.

“And what happens with them? Ultimately, obviously, I don’t know, but it appears to us sort of business as usual. And so I don’t think that there’s anything much more to say about that,” he said on a Wednesday conference call to discuss the company’s latest quarterly results, which included a 32% profit decline compared with what it reported a year earlier.

He added that the HNA deal closed in March this year and has a two-year lockup period, meaning that the Chinese investor is required to maintain the position for another 20 months.

His comments came a day after HNA scrapped another major U.S. deal to invest up to $416 million in satellite communications services firm Global Eagle Entertainment. In that instance, HNA cited failure to get clearance from the U.S. national security regulator by a deadline set by the two sides.

For Anbang, Nassetta also indicated that relationship was on track, and that work on the planned renovation of the Waldorf is set to begin later this year.

“And it will probably be, honestly, three years of work when that starts to get it up and operating,” he said, according to a transcript of the call. “So as far as we know, they are moving forward. In every conversation that we’ve had with them, they have suggested that to be the case. So time will tell.”