Fosun on Roll With Purchase of French Margarine-Maker St Hubert 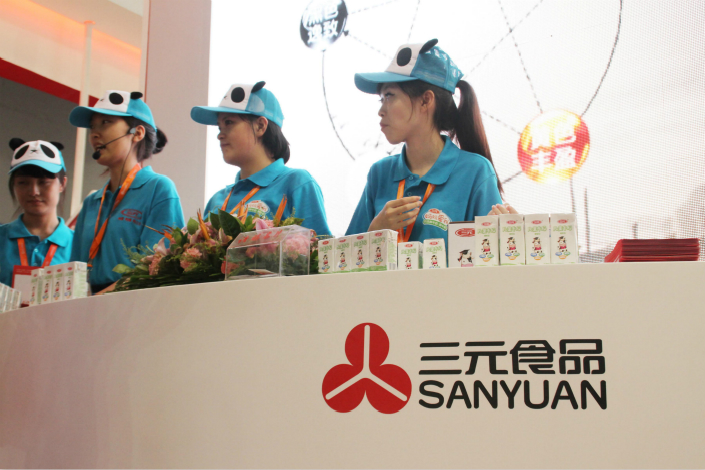 Chinese conglomerate Fosun Group is continuing its overseas buying spree, snapping up a French food-maker with a China state-run partner despite the government’s growing unhappiness about such deals.

Upon completion, Fosun affiliates will hold 51% of Brassica, while Sanyuan will own the remaining 49%.

In a letter to Fosun employees over the weekend, Fosun Chairman Guo Guangchang said the company’s “going out” aims at “returning better.” He used the example of luxury resort Club Med in France, the first asset Fosun bought abroad, which now has opened four venues in China and will launch nearly 20 more in three years.

The new deal is pending approval from Chinese and French authorities; if not approved, any related party can cancel it within four and half months.

The Chinese government has been raising concerns about the torrent of overseas deals. The China Banking Regulatory Commission in June asked banks to assess their credit-risk exposure, including Fosun, HNA Group and Wanda Group.

Guo, in his letter, expressed support of the latest moves by the government while defending the company’s outbound investments.

“The recent regulations on overseas investment and the unruly financial behaviors in China are very necessary and timely, which can definitely eliminate quite a few irrational investments and potential financial risks,” Guo wrote.

Guo said that Fosun selects acquisition targets based on the technology and industry. Before announcing the latest St Hubert deal, he flew to Paris, tasted the products and went to see how they were displayed in supermarkets, he said in the letter composed on the flight from Paris back to Shanghai.

Fosun planned to “swallow” St Hubert alone, but brought in Sanyuan to keep a lower profile. Authorities didn’t allow the state-backed Sanyuan to solely own a French firm, and Fosun rejoined to share the equity with Sanyuan, a person close to the deal told Caixin.

State-owned Sanyuan started mixed-ownership reform in 2014, taking in investors from the private sectors. Fosun joined the reform, and now it holds a 20.45% share in Sanyuan.

“I believe the deal will innovate Sanyuan technologies and diversify its products, while at the same time it will let Chinese consumers enjoy more French-styled products through Sanyuan’s channel,” Guo said in the letter.

An insider told Caixin that the acquisition won’t be strongly challenged by Chinese authorities because it doesn’t involve capital only, but instead is an instance of two food-makers who will have operational interactions.