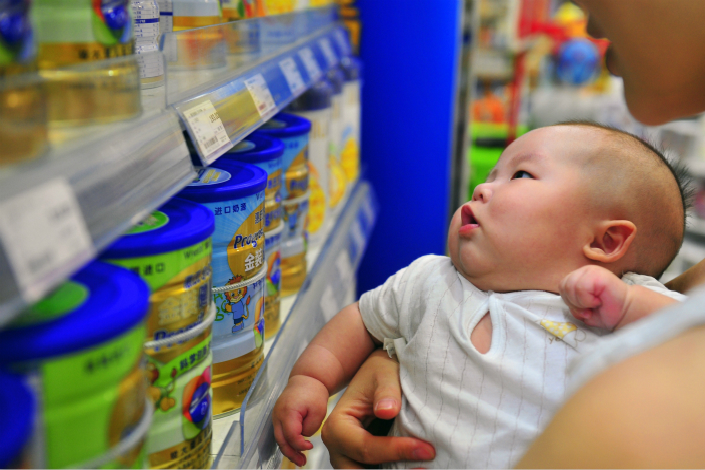 Twenty-two infant-formula makers, both Chinese and foreign, are sighing with relief after China’s food authority greenlighted several dozen of their products — the first batch of approvals since a key regulation change took effect last year.

The China Food and Drug Administration (CFDA) said on Thursday that a total of 89 baby milk formulas produced by 22 companies completed registration under the new guidelines, which were enacted in October.

The guidelines require every infant-formula manufacturer — both domestic and foreign — to register all of their products with the CFDA and produce no more than nine formulas under no more than three brand names. The rule is expected to cut the approximately 2,000 baby-formula products in China by 75%.

The dairy companies have been busy preparing for the registration while clearing their existing inventories — products that they will not be allowed to sell after December.

Sixty-three recently approved products are made by 17 Chinese companies, including large brands such as Mengniu, Yili, Yashili and Beingmate. Five foreign giants — Mead Johnson, Abbott, Wyeth, FrieslandCampina and Nestle — managed to get the CDFA’s consent for a combined 26 products.

“The companies that have completed registration have advantages and the chance to enter the market earlier, and they will become more competitive in the future,” said Cheryl Ni, food-and-drink analyst at market research firm Mintel.

Ni said that more than 100 companies have filed applications, only slightly more than 20 of which are foreign firms, so it seemed reasonable that only five companies in the first batch were from overseas.

The regulation change has shaken the infant-formula industry in China. “In 2016, the entire infant-dairy industry experienced uncertainty after the new regulation was issued,” Ni said. “All the major brands made efforts to cut prices and clear inventories.”

As new rounds of registrations are announced, the market will grow by another 20 billion yuan, according to Chen Songkun and Wang Jiahui, food analysts from Industrial Securities.