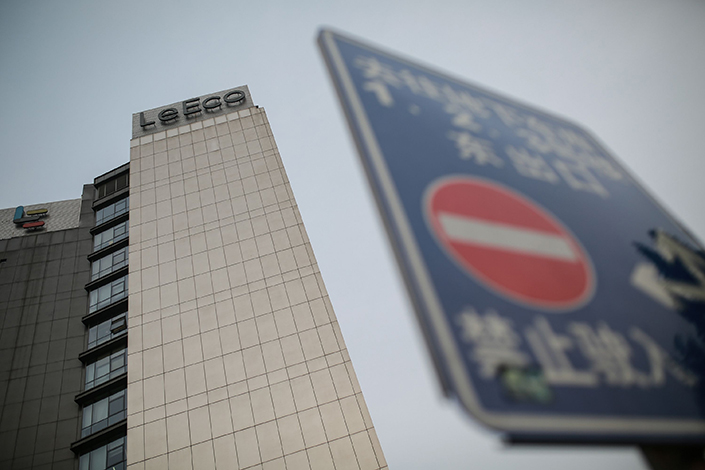 Letv Investment Management, the investment arm of the financially embattled tech firm LeEco, will take a 15% stake in a new insurer that will provide risk protection for companies along the Belt and Road trade route. Photo: IC

China’s insurance regulator hasn’t yet approved the establishment of the new insurer. It is still unknown whether the company has filed an application with the China Insurance Regulatory Commission.

LeEco has recently been accused of failing to pay some of its suppliers. Several of these suppliers told Caixin they were angry about the investment. A creditor who declined to be named said he used to worry about whether LeEco has the ability to repay its debt, but this new investment showed that its founder, Jia Yueting, may simply lack the sincerity to pay back what he owes.

Established in 2012, Letv Investment Management has been LeEco’s investment arm and has participated in many of the company’s overseas investments.

In May, Letv Investment Management tried to draw a line between itself and LeEco by changing its shareholder records in Beijing’s industry and commerce bureau. Its shareholder was changed from LeEco’s listed arm Leshi Internet Information & Technology Corp. to two people: Jia Yuefang and Wu Meng.

“The change in the business records in May might have paved the way for the (new) investment,” said Liu Feng, a partner at Beijing Yuanlu Law Firm.

But it is not clear whether the change will free the company from the LeEco’s debts, as detailed information about the equity transfer agreement was not disclosed, Liu added.

LeEco’s Shenzhen-listed arm had 18.8 billion yuan in total liabilities at the end of March, equivalent to more than 55.9% of its total assets. About 1.98 billion yuan of its noncurrent liabilities will come due within a year, according to its financial reports.

But Jia Yuefang’s assets haven’t been frozen. She is currently invested in 18 companies, and is the legal representatives of three.