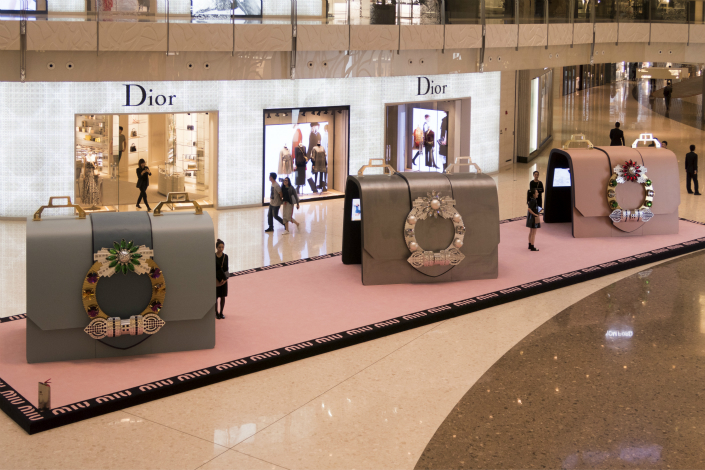 Chinese consumers on average pay a 55% premium over prices in France for luxury watches and jewelry, and a 40% markup on luxury handbags. Photo: Visual China

Luxury goods sell for 50% more in China than in France and Italy, and 20% more than the global average, a Deloitte study has found.

But emerging markets — including China and Russia — continue to drive growth for the sector.

Compared with France, China’s highest premium is for watches and jewelry, at 55% more expensive on average, while bags were the lowest, at 40% pricier.

“This presents a clear arbitrage opportunity for travelers from Asia, and maintains the pre-eminence of European brands’ home markets as shopping destinations,” according to the Global Powers of Luxury Goods report, published Monday by international accounting firm Deloitte Touche Tohmatsu Ltd.

Tourism presents significant opportunities for growth. Almost half of luxury purchases are made by consumers who are traveling in a foreign market — 31% of sales — or at the airport, where 16% of purchases are made.

But uncertainties caused by global developments — including Brexit, the new U.S. administration and terrorist attacks in several European cities — have “deterred many potential Chinese buyers from traveling to key shopping destinations in the U.S. and Europe,” Deloitte said.

Consumers in emerging markets continue to drive luxury market growth. In China, Russia and the United Arab Emirates, 70% of consumers surveyed said they have increased their spending on luxury goods over the past five years, while the percentage was only 53% in more mature markets such as Europe and the U.S.

In China, the slowing economy and the central government’s crackdown on luxury gifts in the corporate sector have slowed market growth. Nevertheless, demand remains steady, as the country’s middle class expands, disposable incomes increase, and the population continues to buy higher-quality products.

Despite the premium that Chinese consumers pay, luxury-goods prices are generally being adjusted downward in the country, to “bring them in line with global markets.” These adjustments, Deloitte said, are “encouraging more Chinese consumers to purchase luxury brands in their domestic market.”

Among the top 10, Hong Kong-based Chow Tai Fook Jewelry Group Ltd. saw the steepest decline, of 11.9%, to $7.3 billion during the period.

“The Hong Kong market is still affected by the strained relations with the mainland, with many wealthy Chinese tourists staying away and choosing to travel to other Asian cities for their shopping,” the report said.