By Denise Jia and Li Yuqian 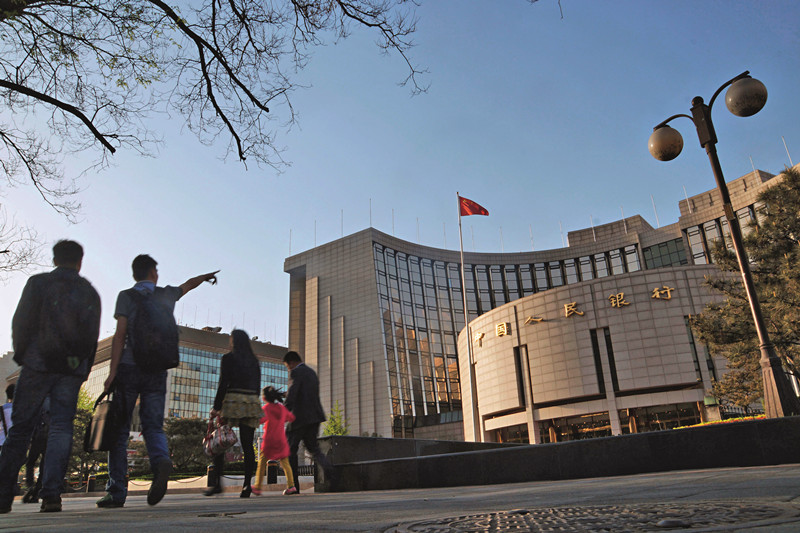 (Beijing) — China’s central bank said Friday it would maintain a stable and neutral monetary policy, indicating that a recent decline in banks’ excess deposit reserve ratios doesn’t signal tightened liquidity or any other change in policy.

The modernization of the payment system has significantly reduced the time required for payment settlement and lowered costs for banks to transfer assets to excess reserves, the People's Bank of China (PBOC) said in its second-quarter monetary policy implementation report.

Excess reserves are bank reserves in excess of standard reserve requirements that are deposited at the central bank to meet banks’ unexpected needs for liquidity. Chinese banks’ excess reserve ratio has been declining since 2001, when it stood above 7%. Currently the ratio is about 1.5%.

The rapid development of the financial market has provided more convenient financing channels for commercial banks, allowing them to tap the capital market whenever they need cash, therefore lowering banks’ need to keep large reserves, said the central bank.

The central bank also said it will proactively fend off systemic risks and use multiple monetary policy tools to ensure financial stability.

The PBOC suggested actions to strengthen the Macro Prudential Assessment (MPA) mechanism to better reflect banks’ dependence on interbank business. The report proposed that, starting in the first quarter of next year, the MPA review would include interbank certificates of deposit issued by banks with assets of more than 500 billion yuan.

The report stressed the deleveraging of Chinese state-owned enterprises as the top priority and called for stepping up efforts to resolve so-called “zombie” firms, debt-ridden and loss-making companies that continue to operate only with the support of local government funding.

As of June 30, China’s broader M2 money supply stood at 163.13 trillion yuan ($23.98 trillion), up 9.4% from a year earlier, data from the central bank show. That growth rate was a record-low pace, signaling that the country’s deleveraging efforts have continued to gain traction, analysts said. For most of 2016, the growth M2 rate exceeded 11.5%.

The central bank also emphasized the priority of keeping the yuan basically stable. The Chinese currency has strengthened this year, rising more than 4% against the U.S. dollar as of Friday and reversing a depreciation trend since August 2015.

By the end of June, the trade-weighted CFETS RMB index rose 2.4% from the end of last year, following a 6% decline for 2016, according to the central bank.