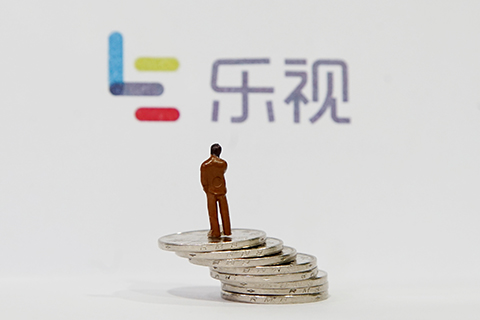 The management reshuffle came after Leshi elected a new board and named Sun Hongbin, chairman of Sunac China Holdings, as its new chairman in July, replacing departed founder Jia Yueting.

The management changes reflect Sunac’s expanding influence on LeEco. Sources close to Leshi and Sun said the company will soon adopt a new logo. Sun is considering renaming the company to distance it from the troubled parent.

LeEco has been suffering a cash crunch since last year following years of aggressive investments expanding into smartphones, online video, entertainment and electric cars. The company and founder Jia have had assets frozen and have been sued by multiple creditors for unpaid loans. In July, Jia stepped down from all posts at Leshi to focus on LeEco's electric car business.

A person close to Sun told Caixin in July that since the January investment, Sunac has scrutinized LeEco’s business operations and spending and has gradually taken over LeEco’s finances. Leshi sources told Caixin that the company plans to adjust its business in many respects.

A LeEco creditor told Caixin that it's possible Sun would push to restructure some of LeEco’s assets to improve the business of Leshi.

As the healthiest segment of the LeEco empire, Leshi last month estimated over 630 million yuan loss for the first half of 2017, citing declines in customer loyalty, advertising revenue, terminal sales and membership fees affected by the parent’s debt woes.

Last week, Sunac committed 5.23 billion yuan of Leshi shares as collateral in a bid to raise cash for the company, according to Leshi statement.