Local Firm to Drill for Shale Gas in Guizhou 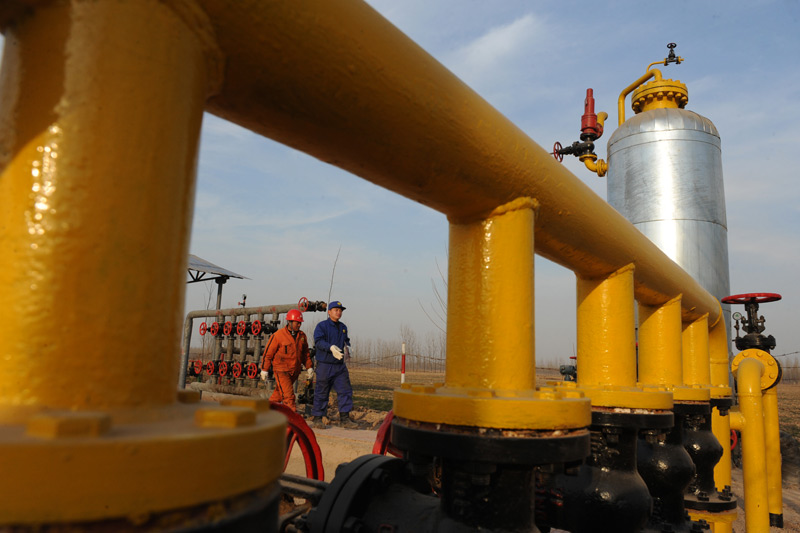 In 2014, the State Council had cut China's 2020 shale gas production goal to 30 billion cubic meters, an acknowledgement of the significant obstacles the country faces.

A local company Friday won the rights to explore and develop a shale gas block in the landlocked, southwest province of Guizhou in China’s first public auction of the mining rights for the unconventional resource.

Local government-backed Guizhou Industrial Investment (Group) Co., an investment conglomerate with businesses spanning mining, energy, property and finance, bid 1.29 billion yuan ($193 million) for the right to start commercial development of shale gas over three years, according to the Ministry of Land and Resources (MLR). The buyer can extend the operation for two more years if production in the first three years reaches targets.

The 695 square-kilometer Zheng An block, located in the mountainous region in northern Guizhou, includes the Anye-1 exploration well with proven daily gas flow of more than 100,000 cubic meters.

“This is the first public auction of exploration rights for a shale gas block with proven reserves,” said Guo Jiaofeng, a natural resources expert at the Development Research Center of the State Council. Guo added that the proven reserves of the Anye-1 well are considered commercially viable, although geological conditions will increase development costs compared with those of the Fuling project in Chongqing, China’s first large shale gas field, operated by state giant Sinopec Group.

The MLR opened the auction on the Zheng An block in early July, with a starting price of 42 million yuan. According to the agreement, the buyer would also pay for the early-stage exploration costs of the field totaling more than 70 million yuan, in addition to the rights fee.

But efforts to develop shale gas blocks have been hindered by high drilling costs and geographic complexity. By 2014, the State Council had cut China's 2020 shale gas production goal in half, to just over 30 billion cubic meters, an acknowledgement of the significant obstacles the country faces.