Are South Korean Carmakers in China Running on Empty? 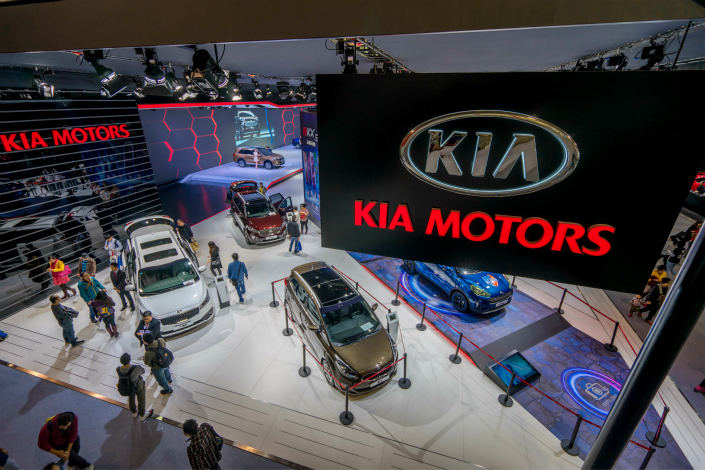 South Korean carmakers Hyundai and Kia are running out of gas in China after 15 years in the fast lane.

International politics, market challenges and branding issues are now haunting the companies, whose vehicles once enjoyed a major following in China, the world’s largest auto market.

Year-on-year China sales for Hyundai Group and Kia Motor Corp. each plummeted more than 60% each in June, according to South Korea’s Yonhap News Agency. It was the sixth consecutive month for sales setbacks.

The discouraging performance on the Chinese mainland has dragged down Hyundai’s global sales, which fell 16% in June, the agency reported.

Before the slump began, each company had predicted annual sales in China would exceed 1 million units in 2017. They now plainly acknowledge those targets will be missed.

Hyundai and Kia have linked the sales decline — and subsequent cutbacks in car manufacturing — in part to Chinese consumer unhappiness with the South Korean government’s decision to allow U.S. military deployment of the THAAD anti-ballistic-missile system.

But the THAAD controversy was apparently only one reason for the downturn. The South Korean companies are also grappling with competition from Chinese carmakers and foreign luxury brands, as well as changing consumer tastes. For Hyundai and Kia, it’s a whole new ballgame.

Kia’s popularity spread quickly after the company started doing business in China in 2001 with the affordably priced Rio compact sedan. It entered the market through a joint venture agreement with state-owned Dongfeng Motor Corp. and the private industry and investment firm Yueda Group.

A year later, Hyundai made an equally fruitful debut by signing a joint-venture deal with an investment arm affiliated with state-owned BAIC Group. The venture soon rose to prominence as an example of China’s global success in the wake of the nation’s 2001 acceptance into the World Trade Organization.

Hyundai won Chinese fans with models such as the Sonata and Elantra, which were slightly more upscale and expensive than Kia’s cars. And both companies successfully tapped a consumer segment that had been underserved in China.

“Much of the early success of Korean carmakers can be attributed to their successful positioning,” said Shu Chang, a partner at the consulting firm Roland Berger. “They targeted the 80,000-to-150,000-yuan ($12,000-to-$22,500) market segment,” which included many first-time car buyers and at the time was “enjoying relatively little competition.”

Within less than three years, more than 400,000 Hyundai cars were rolling down roads across China — an impressive feat, considering that Chinese consumers at the time were buying only about 2 million passenger vehicles a year.

Soon, the South Korean brands together rose to third place in China in terms of annual sales, behind joint ventures tied to U.S. carmaker General Motors Co. and Germany’s Volkswagen AG. They earned a reputation for offering vehicles with sophisticated designs that gave buyers more for their yuan.

Since last year, however, the South Koreans have lost some of their edge to mainland competitors, including Chinese, U.S. and European brands.

Chinese competitors have apparently taken market share from the South Koreans, in part because of design and technological improvements embedded in homegrown vehicles. Chinese-made vehicles now include affordable SUVs, for example, which have become the nation’s favorite family vehicle.

Chinese companies are indeed threatening the South Koreans, Shu said. And if Kia and Hyundai “don’t do anything about this, Chinese brands will soon invade their portion of the market,” he said.

Some say the scales have already tipped in favor of the Chinese.

“Chinese cars have so far surpassed Korean cars in terms of technology, quality, pricing and services,” Geely President Li Shufu said in March at a legislative meeting in Beijing. “We are aiming to go above and beyond Japanese cars within the coming two years.”

Luxury-vehicle makers are also squeezing South Korean carmakers by cutting prices. German brands such as BMW, Mercedes-Benz and Audi have made inroads into the market for young, affluent Chinese adults by reducing prices.

Also working in favor of luxury car companies is the growth of consumer financing options in China.

“With the abundance of financial products and loans available, the average white-collar worker can afford a (Mercedes-Benz) or an Audi,” said a Guangzhou car dealer who asked not to be named. “Three out of 10 first-time car owners are opting for them.”

Hyundai has fought back by trying to position its SUV models Tucson and Santa Fe as upscale brands for the Chinese market. But the effort has apparently had limited success among status-conscious consumers who favor German brands.

“Korean cars in the global market are seen as affordable, with good cost performance,” Shu said. But customers in China “won’t recognize Korean brands as fancy cars unless they’ve first earned that reputation in the U.S. and Europe.”

The general manager of Hyundai’s Chinese venture Beijing Hyundai said the company has made some strategic mistakes.

“We’ve been overly obsessed with sales, and have proved lacking in efforts to polish the brand,” the manager, Wu Zhoutao, told Caixin.

As a result, Wu said, Hyundai is now taking steps to get back on track.

“We will adjust our product line toward larger and more intelligent vehicles,” he said.

Yet obstacles remain, particularly in the form of Chinese government quotas and other rules covering new-energy vehicles that take effect next year.

Hyundai and Kia have discussed plans to develop up to 15 models that might qualify under the government’s system over the next four years. But since 2015, the government has refused to certify their battery supplier, Korea’s LG Chem Ltd., as an authorized battery maker for the China market.

Hyundai and Kia are now sniffing around for a Chinese company that might replace LG so that they can market electric vehicles on the mainland.

Wu acknowledged his company has “encountered some obstacles with our EV plans.” But he remains optimistic.

“In recent years, we’ve lacked perceptive of the risk while we were enjoying strong sales,” Wu said. “Soon, things will change.”