By An Limin, Zhang Zhongyue and Yang Ge 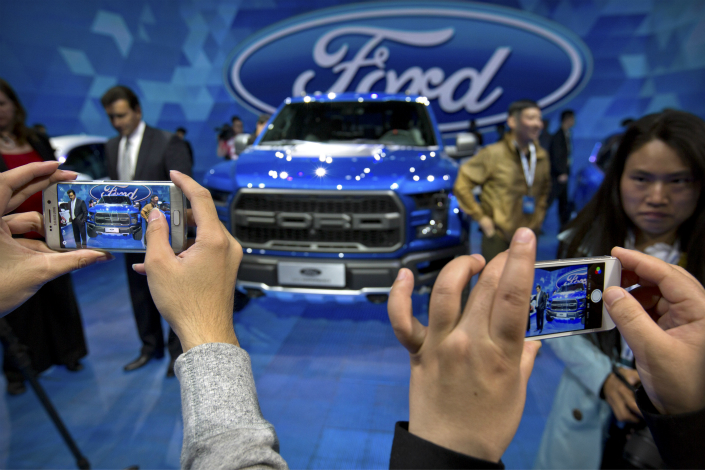 Ford Motor Co. said it has signed a memorandum of understanding to form a 50-50 electric car venture with Anhui Zotye Automobile Co., though no final agreement has been signed yet. Above, Ford holds a promotional event in April 2016 ahead of the Auto China car show in Beijing. Photo: IC

Ford Motor Co. will form an electric-car joint venture with China’s Zotye Automobile, becoming the latest Western automaker to announce such an alliance in a race to comply with tough new-energy car sales quotas that will take effect next year.

China is the world’s largest car market, and has been one of the biggest growth drivers in recent years for many Western brands such as General Motors, Ford and Volkswagen. But a new Beijing program announced earlier this year will require a significant portion of all of those companies’ sales to come from new-energy vehicles starting in 2018.

Ford said it has signed a memorandum of understanding to form the 50-50 electric car venture with Anhui Zotye Automobile Co., though no final agreement has been signed yet. Once an agreement is reached, the pair will need to get approval from the state planner for the project to go ahead.

Zotye is China’s fifth-largest maker of new-energy cars. It sold 16,000 electric vehicles in the first half of the year, up 56% from the same period of 2016. Ford previously announced its own new-energy vehicle road map for China, including plans to make 70% of its models available in electric editions by 2025.

Ford and others are racing to build up their ability to offer new-energy vehicles in China to comply with Beijing’s new quota system designed to promote the technology and clean up the country’s air. The latest version of the plan gave quotas of 8%, 10% and 12% for car producers for the years 2018, 2019 and 2020 respectively. The percentages are roughly related to a manufacturer’s new-energy car sales, but are not a direct percentage of its total vehicles that are new-energy models.