By Denise Jia and Lu Bingyang 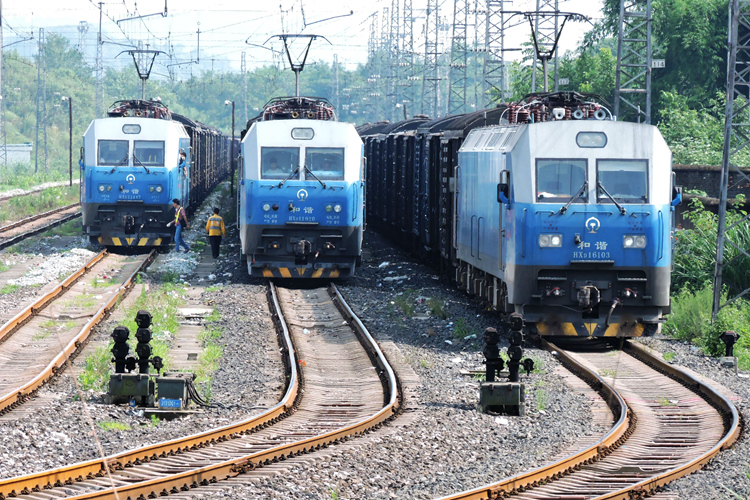 China Railway Corp. has been pushing forward with “mixed-ownership” reform for its subsidiaries. Above, freight trains sit at a railway station in Dazhou, Sichuan province on July 9. Photo: Visual China

China’s state-owned railway operator China Railway Corp. will complete so-called mixed-ownership reform of its non-transport subsidiaries by the end of this year, sources told Caixin, opening them up to private investment.

Beijing sees mixed-ownership as a way to improve state companies’ efficiency and competitiveness by bringing in more private investment. It comes as the government is slimming down the number of state-owned enterprises through consolidation.

A CRC source said that the company has a three-step reform plan, with its non-transport subsidiaries to test the waters first.

CRC has asked all eligible non-transport subsidiaries to complete their mixed ownership reform by the end of this year, said the source, without giving any detail of the plan.

The second step, planned to start by the end of 2017, will involve the 18 regional railway companies across the country, according to the source. The parent company’s reform, the most difficult part, will be the last step.

The three-step reform plan of CRC is still pending approval by the State Council and the Ministry of Finance, said the source.

Last month, CRC signed strategic partnerships with FAW Group Corp. and Dongfeng Motor Corp. to provide more car-shipping services for the two automakers. When meeting with the heads of FAW and Dongfeng, Lu also encourage these carmakers to participate in the capitalization and securitization of high-quality railway assets and mixed ownership reform.

The CRC move follows that of state-owned China Unicom, one of the country’s top three telecom operators, which last week announced its mixed-ownership reform. China Unicom said it wants to raise 77.9 billion yuan ($11.7 billion) from more than a dozen major investors, including Alibaba, Tencent and Baidu.