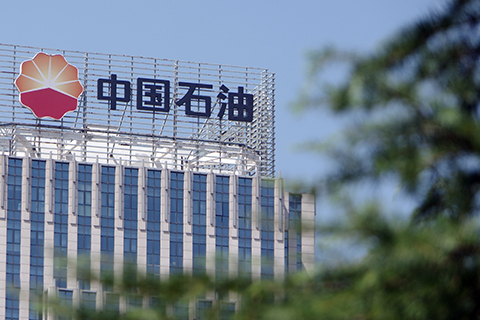 PetroChina Co., China’s biggest oil and gas producer, Thursday reported a better-than-expected first half profit, thanks to a rebound in crude oil prices.

Net profit for the first half reached 12.7 billion yuan ($1.91 billion), a surge from 528 million yuan in the similar period last year, the state oil giant reported. It was the highest six-month profit since the first half of 2015.

PetroChina's revenue rose 32% to 975.9 billion for the first half on higher prices of crude oil, natural gas and other products as well as an increase in sales volume, the company said in a statement.

PetroChina said it would issue a special dividend of 0.03809 yuan per share on top of an interim dividend of 0.03117, paying all of its first-half earnings to shareholders.

Wang Dongjin, PetroChina’s vice-chairman and president, said he expected oil prices to continue recovering and reach a range of $60 and $80 by 2020 as global pressures on crude prices stabilize.

Wang said PetroChina registered 26.2 billion yuan in overseas revenue in the first half with profits of 3.6 billion yuan.

Wang said Thursday that the two parties are still in talks about a deal. Aramco did not reply to Caixin’s request for comment about the deal.

On the same day, another Chinese oil major CNOOC, which specialized in offshore oil production, reported a 38% rise in first-half revenue at 92.3 billion yuan from a year ago, driven by strong oil and gas sales. Net profit reached 16.3 billion yuan in the first six months, compared with a loss of 7.7 billion last year, CNOOC said.