China Wants to Wring the Swing Out of Coal Prices

By Luo Guoping and Song Shiqing 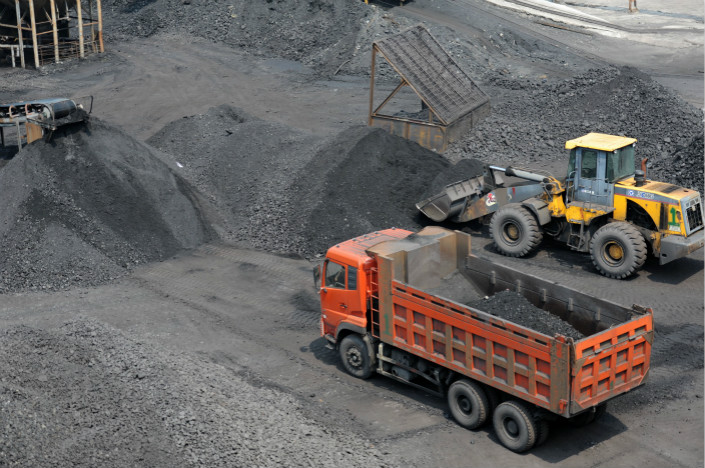 The National Development and Reform Commission has proposed a rule to control companies’ coal stockpiles to subdue the wild swings that occur in the price of the fossil fuel. Photo: Visual China

China wants to get off the coal seesaw.

The top economic planner is proposing a way to control the size of stockpiles to try to avert wild price swings of a fuel that generates about 65% of the country’s electricity.

The National Development and Reform Commission (NDRC) has proposed a rule that seeks to control the maximum and minimum coal stockpiles of companies. This will be determined by the price of coal, a company’s location, transportation conditions, and the specific time of the year.

For example, for a major coal-consuming firm, the standard minimum stockpile would be calculated as the company’s average stock over the past three years.

The proposal — now up for public comment through Sept. 10 — would affect coal producers and traders, as well as coal-consuming firms in electricity, building material, metallurgy and chemical industries.

When market demand exceeds supply, and the coal price grows by more than 12%, the government will beef up supervision of maximum-allowed stockpiles to try to prevent companies from hoarding.

On the other hand, when supply exceeds demand, and the coal price drops by more than 12%, the government will strengthen supervision of the minimum amount that should be stockpiled to try to prevent companies from storing too little or no coal.

The NDRC has also proposed punishments for violators.

For example, if the government were to find a company that fails to meet the required stockpile amount three times in a year, the government would raise the purchasing price for the company to buy electricity and demand it to cut production.

China’s coal market was volatile last year. While coal prices had been seeing declines since 2013, prices have been soaring in the second half of last year due to a national overcapacity reduction campaign.

Under this campaign, China has eliminated 290 million tons of coal production capacity in 2016, causing a squeeze in supply of the materials. Premier Li Keqiang said in March that China aims to eliminate at least 150 million tons in 2017.

The surging price of coal has led to widespread complaints among coal-fired power producers as their profits plummet. In April, the NDRC pledged to boost supply of coal and lower prices of the fuel to help power plants.