By Liu Xiao and Leng Cheng 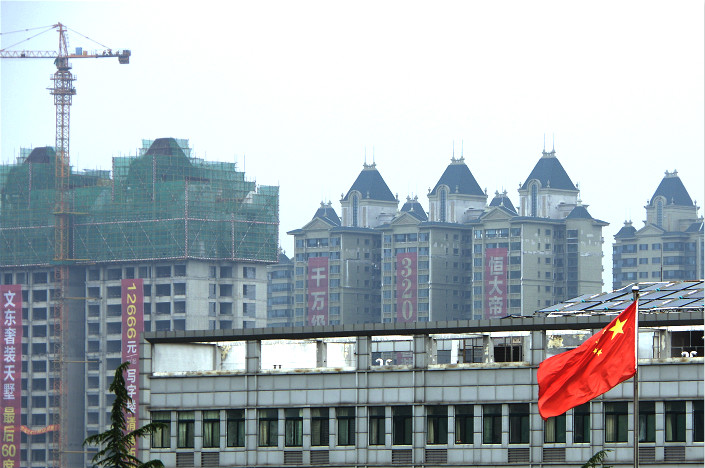 Mortgage books at three of China’s four largest banks expanded more slowly in the first half this year, as the government continues to rein in the white-hot property market while lenders pursue higher-margin corporate lending more aggressively.

China Construction Bank (CCB), the nation’s largest mortgage lender, said its home-loan portfolio grew 23% in the first half of 2017, tapering from a 29% increase in the same period of 2016. While Agricultural Bank of China (ABC) and Bank of China (BOC) also showed decelerated mortgage growth, Industrial & Commercial Bank of China (ICBC) reported an increase that was 0.5 percentage point higher than last year’s.

Regulators began their efforts to tackle an overheated housing market last year, including asking banks to control the pace of mortgage loans and improve their credit structures to minimize risks.

“Government policies have been successful in reducing speculative demand. In the second half of this year, the housing market’s adjustment will continue, and mortgage growth is expected to continue to slow,” said Yan Yuejin, research director at real estate agency E-house China.

For the big four banks, mortgages were the main new-loan growth driver in 2016. According to lenders’ annual reports, mortgages as a percentage of new loans averaged 70% in 2016 for China’s largest four commercial banks. This compares with 45% for the entire banking industry, according to central bank data.

“To lower financial leverage in the housing sector, tighter credit for mortgage lending has been a major trend this year,” said Kong Dan, director of market research at real estate agency 5i5j.

According to lenders’ semiannual reports, CCB had outstanding home loans of 3.93 trillion yuan ($596 billion) as of the end of June, up 23% from a year earlier, slowing from a 29% year-on-year growth for the first half of 2016.

ICBC, on the other hand, slightly lent more to homeowners, mostly first-time buyers. The home loans it made during the first half rose 27% to 3.64 trillion yuan, while such loans grew 26.7% in the year-earlier period.

In concert with the government’s call to leverage bank loans to expand the real economy, these megabanks have been lending more to the corporate sector, which boosted their respective net interest incomes.

“Bank also increased their lending to companies during the first half, as corporate loans generate better interest income than mortgages,” said an analyst at China Merchants Securities who did not want to be named.