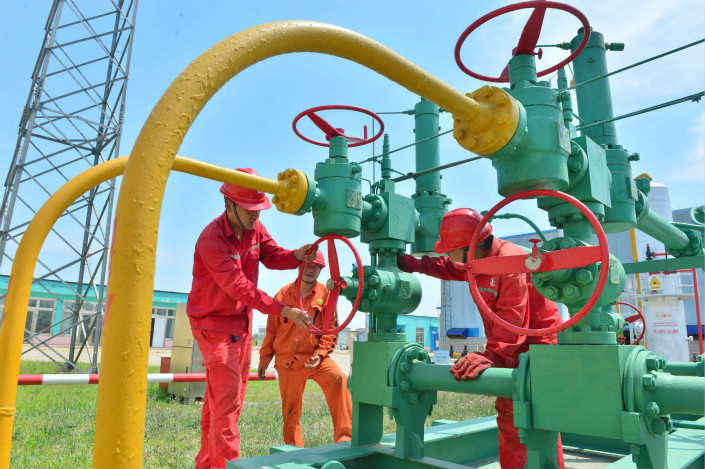 (Beijing) — China’s energy market regulator has cut the benchmark price of natural gas for commercial and industrial users, a move that could save them more than $1 billion a year.

It was the first price cut for nonresidential users in China since the NDRC lowered the benchmark by 0.7 yuan per cubic meter in 2015.

The move was expected to save end users, such as electric power generators, urban heating plant operators, manufacturers and service providers, at least 7 billion yuan per year, the NDRC said on its website.

The benchmark price set by the NDRC covers natural gas stored at urban distribution terminals. Major gas suppliers such as Sinopec are allowed to charge regional distributors up to 20% above the benchmark price.

Nonresidential customers are the end users for about 80% of all natural gas in China, the world’s third-largest consumer of the energy source.

The latest price cut follows an NDRC evaluation of gas transportation costs through cross-country pipelines, including an audit covering the activities of 13 gas transmission companies since early 2017.

Audit results paved the way for the NDRC to order cuts in natural gas transportation costs by an average of 15%. Those cuts, which also took effect Wednesday, set the stage for the benchmark price reduction.

Based on the audit, the first of its kind, regulators drew up specific price lists according to transmission costs for each pipeline. Thirteen companies provide natural gas transportation services via the nation’s 45,000 kilometers (27,961 miles) of long-distance pipelines.

In May, the State Council, China’s cabinet, announced the goal of establishing market-based price-setting mechanisms for natural gas and crude oil. It pledged to give the market a decisive role in setting natural gas and oil prices for nonresidential users, but maintaining the government’s role as a manager of transportation costs and the ultimate market price supervisor, with the power to intervene when prices fluctuate abnormally.

China aims to increase natural gas consumption to 313.7 billion cubic meters by 2020 as part of a drive to control air pollution by switching to the low-emissions fuel, according to the government’s current five-year plan.

In the first half of 2017, natural gas consumption rose about 15% year-on-year to 114.6 billion cubic meters, the NDRC said.