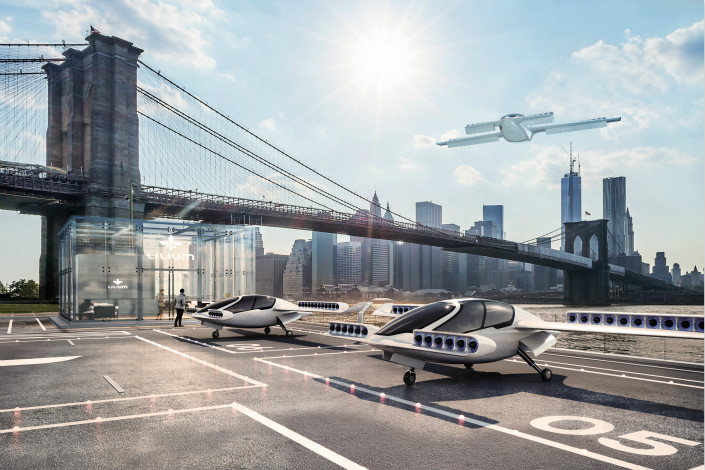 Call it “The Jetsons Go to China.”

The unusual move is taking place in the 21st century, with the announcement that Chinese internet giant Tencent is investing in the German developer of a futuristic flying car for use by individual passengers.

Others in the $90 million funding round included private banking group LGT and funds associated with founders of internet communications giants Skype and Twitter. The latest round brings Lilium’s total fundraising to date to $100 million, according to an announcement from the Munich-based company.

“This investment is a tremendously important step for Lilium as it enables us to make the five-seat jet a reality,” said Daniel Wiegand, Lilium’s co-founder and CEO. “This is the next stage in our rapid evolution from an idea to the production of a commercially successful aircraft that will revolutionize the way we travel in and around the world’s cities.”

Founded in 2015, Lilium’s first product is an electric jet that can take off vertically and fly at speeds of up to 300 kph (186 mph), with a 10-meter wingspan and range of up to 300 km. That means it could make the trip between Paris and London in about an hour. The company’s team includes former executives from U.S. electric car maker Tesla Inc. and European aircraft giant Airbus SA.

The move marks the latest by Tencent into Europe, after it bought 84% of Finnish game maker Supercell last year for $8.6 billion. The investment also marks Tencent’s latest advance into the new energy vehicle realm, an area being heavily promoted by Beijing in an effort to clean up the nation’s polluted air and develop technologies that can be exported.

In March, Tencent purchased 5% of Tesla for $1.8 billion, buying into one of the world’s leading pure electric carmakers.