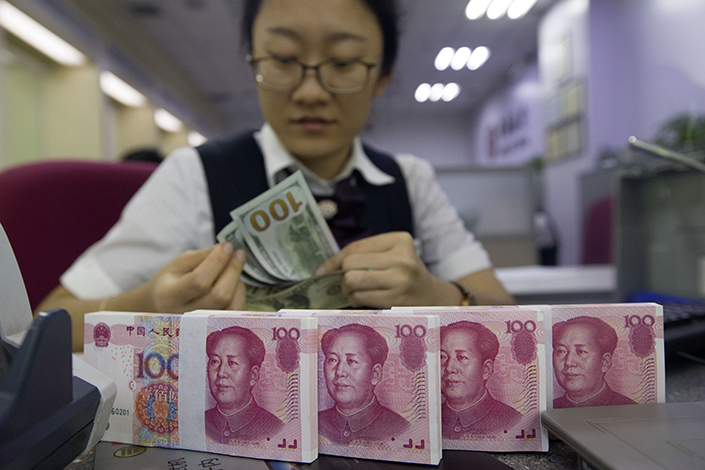 China has been trying to limit the rise of the yuan this year that was largely brought about by a weaker dollar and China’s stabilizing economic growth prospects. Photo: Visual China

After the yuan jumped more than 2% against the dollar in the last two weeks alone and more than 7% this year, Lu Lei, Deputy Administrator of the State Administration of Foreign Exchange (SAFE), said Wednesday the flexibility of the Chinese currency will be increased, the state-run Shanghai Securities News reported. Doing so will likely discourage investors who made one-sided bets on or against the yuan, amplifying the exchange rate’s volatility, the report cited Lu as saying.

A well-managed, stable yuan has always been a policy priority in China, and even more so in the run-up to the ruling Communist Party’s once-every-five-year National Congress, at which many senior leaders will retire and be replaced, market watchers said.

China, the world’s largest exporter in goods, has been trying to limit the rise of the yuan that was largely brought about by a weaker dollar and China’s stabilizing economic growth prospects. Daily fixing rate, from which the currency cannot rise or fall by more than 2%, was set stronger by the central bank than the previous sessions for 12 consecutive business days through Monday. Earlier this week, the central bank tried to encourage investors to purchase dollars by suspending a requirement that forced financial institutions buying dollars for clients through currency forwards to deposit 20% of the value of the trades at the central bank.

While managing volatility of the yuan by clamping down on one-sided speculation, the Chinese government will continue to improve the mechanism of daily fixings that sets the range of the yuan’s movement, Lu added.

More specifically, when the investors bet against the yuan, China is able to support and strengthen its currency, Lu said. When the yuan rises too quickly or expectations are too bullish, the mechanism will also be a tool to cool that down, he added.

Late May, the central bank unexpectedly tweaked the formula of daily fixings by adding a “countercyclical” component. The aim is to reduce the weight of “herd effect” in the market, and make the currency reflect its fundamentals more correctly, the bank said earlier.

Lu also said the government will encourage companies to bypass the dollar and use yuan more in settling trade and investing abroad. The move, analysts said, will reduce reliance on the dollar, and hopefully the volatility of the yuan will be less tied to the greenback.