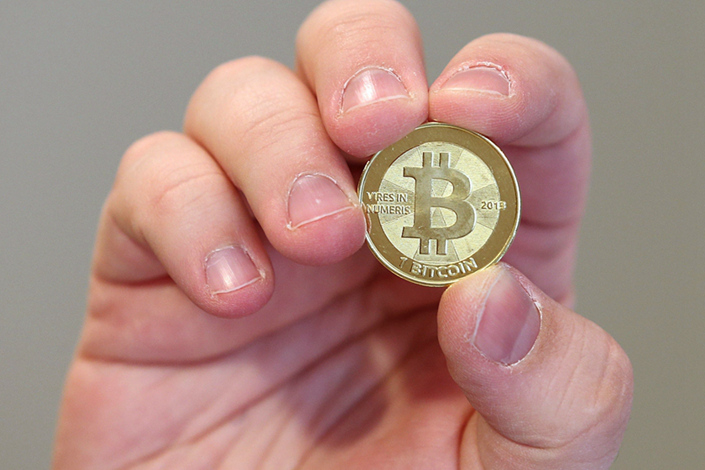 All Beijing-based cryptocurrency exchanges must halt new user registration and told to issue a public notice by the end of Sept. 15 detailing their formal exit from the market. Photo: Visual China

In China, more cryptocurrency trading platforms are set to close.

The country’s second-largest bitcoin exchange — BTC China — said it will close by the end of this month. Meanwhile, all Beijing-based cryptocurrency exchanges must halt new user registration and were told to issue a public notice by the end of Sept. 15 detailing their formal exit, according to a policy document seen by Caixin and confirmed by a source close to regulators.

As exchanges of virtual currency are still in the eye of the regulatory storm, speculation is rife that more cryptocurrency trading platforms will soon quit.

As of mid-Friday, it was business as usual for other major bitcoin trading platforms. OKCoin, China’s largest bitcoin exchange by volume, said there are no new developments to their operations, while Huobi.com, the third-largest, told Caixin that it has not received an official notice ordering its closure.

Shanghai-based BTC China will suspend new-user registration and halt trading operations by the end of September, according to a notice on the company’s website, released late Thursday. This decision, BTC China said, was based on the latest regulatory ban on fundraising through cryptocurrency.

The company’s mining pool, in which individuals can work together to mine bitcoin, will continue to operate as usual, it said.

China became the first country to ban initial coin offerings (ICOs) last week as it deemed the fundraising method illegal. The regulation stipulated that cryptocurrency fundraising exchange platforms shall not facilitate trade between legal tender and cryptocurrencies or tokens. These exchanges shall not buy or sell cryptocurrency, nor should they determine the price of these digital coins or act as an information intermediary, according to the regulation.

Caixin reported over the weekend that regulators had decided to shutter all exchange platforms that trade cryptocurrency with legal tender, citing a source close to a central bank-led committee tasked with monitoring internet finance risk. “They want to close bitcoin exchanges, but (the move is) not aimed at bitcoin,” the source told Caixin, saying trading can continue “off the exchanges.”

Earlier Thursday, Yicai reported that Shanghai bitcoin exchanges had been told to shut down by the end of the month, following a nationwide decision to close bitcoin trading platforms, citing sources close to the Shanghai Financial Service Office. But so far, major bitcoin exchanges other than BTC China are operating normally.

Trading on China’s three largest bitcoin exchanges make up 60% of all bitcoin trade volume in China, according to statistics from the National Committee of Experts on Internet Financial Security, a government-backed industry group. In July, China represented 30% of all global trade volume of bitcoin, according to the group.

Despite the drop of about 20% in value on Thursday, the price of bitcoin is still more than 300% of its value at the beginning of the year, according to data from Huobi exchange.