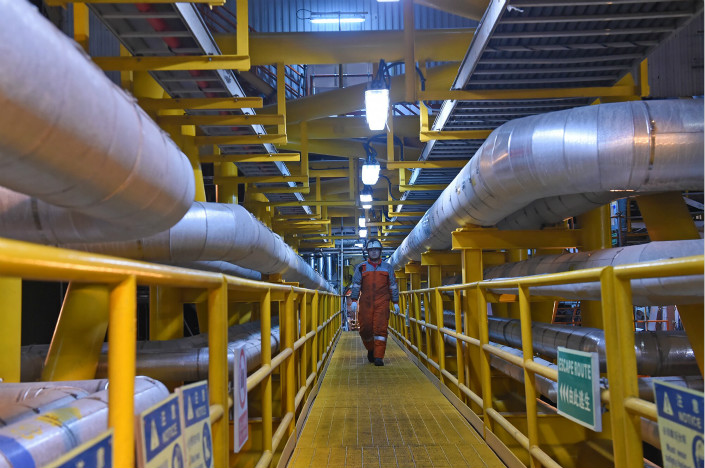 Nexen Energy, a subsidiary of oil giant China National Offshore Oil Corp. (CNOOC), announced last week that it has terminated its feasibility study and all other exploratory work for the Aurora LNG project on Digby Island, off Canada’s west coast about 30 miles south of the U.S. state of Alaska.

Nexen is pulling out of the project after a four-year feasibility study because the “macro-economic environment does not currently support the partners’ vision of developing a large LNG business at the proposed Digby Island site,” the company said in a statement.

CNOOC bought Canadian oil and gas company Nexen Energy for $15.1 billion in 2013. The acquisition, which Nexen shareholders overwhelmingly supported, was scrutinized by Canadian and U.S. government agencies concerned about CNOOC’s ties to the Chinese government and the possibility that Canada could lose important intellectual property through the merger.

CNOOC had said that after the deal was completed, it planned to invest as much as $20 billion in Nexen’s Aurora LNG project to extract shale gas and export LNG to Asian markets. CNOOC signed a land-use agreement with British Columbia’s provincial government, expecting to produce 24 million tons of LNG from the project.

But natural gas prices began to decline in 2014, alongside international oil prices, due to a market glut. The price of natural gas in Alberta province, east of British Columbia, fell from $3.87 per million British thermal units in 2014 to $1.55 in 2016, undermining the profit potential for LNG projects.

Chinese companies Sinopec Group and China Huadian Corp., which would have held a combined 15% stake in the Petronas project, also pulled out.

“In a low oil price environment, exploration is the first place which capex (capital expenditure) is cut, and the last place it is brought back,” Virendra Chauhan, an oil analyst at Energy Aspects, told Caixin.

Nexen said the decision to abandon the Aurora LNG project would not influence the company’s other upstream investments.