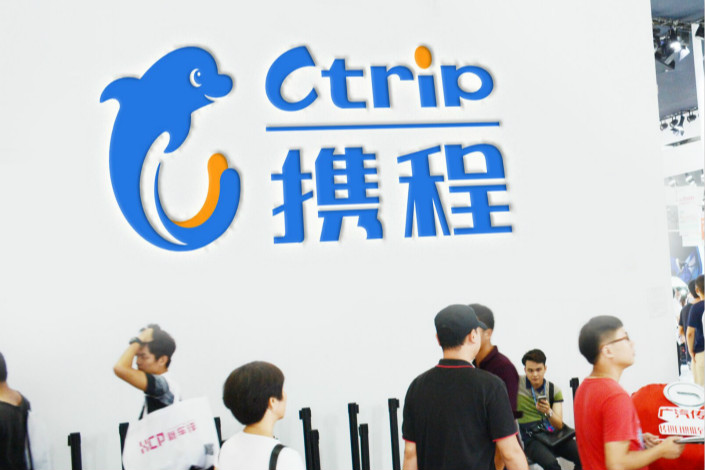 Ctrip's planned call center in Edinburgh, Scotland, may eventually employ as many as 200 English-speakers. Photo: IC

Nearly a year after making its first major overseas purchase of British flight news provider Skyscanner, Ctrip.com International Ltd. has launched its first offshore call center in the UK as it slowly steps outside its home market, a person with direct knowledge of the situation said on Monday.

The new center will start off small, but eventually house as many as 200 English speakers over a couple of years, he said. That would complement the company’s much larger pool of thousands of people staffing its call centers in China, its home market where it is the dominant player.

China is one of the world’s largest travel markets, following years of strong economic growth that have created big demand for both domestic and outbound travel. But the trend in overseas travel has begun to slow recently, with outbound trips rising just 5% in the first half of the year to about 62 million, according to a recently released report by the China Tourism Academy and Ctrip.

Ctrip has consolidated its position as China’s leading online travel agent over the last two years by taking over or buying major stakes in rivals including Qunar and eLong. The company has global aspirations over the long term. But like its peers from other sectors, it is focusing the initial stages of that drive on serving the millions of Chinese who now travel overseas for work and holidays.

The company formed an equity alliance with U.S. travel giant Priceline in 2014, but the pair have been low-key on that partnership since then. Ctrip also made headlines when it announced it would buy Skyscanner Ltd. last November for 1.4 billion pounds ($1.9 billion), in its biggest overseas purchase to date.

“A lot of this surrounding opening up in the UK is more of a test, because Ctrip bought Skyscanner out there,” the source said. He explained that Skyscanner was traditionally a flight information provider, but is now trying to convert some of its traffic into actual flight bookings. Accordingly, it may require customer assistance to handle queries for that part of the business, which would require a call center.