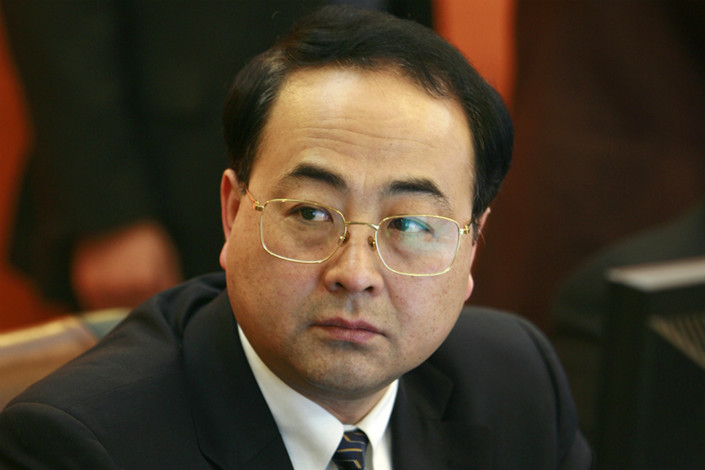 Top staff at China Railway's Zhengzhou bureau have been replaced, and Sun Yongcai (pictured) is the new president and party secretary at CRRC. Photo: Visual China

Train-maker CRRC Corp. Ltd. has appointed Sun Yongcai as its new president, promoting him from his role as executive director.

The companies’ moves come as China tries to streamline its state-owned rail companies and tackle oversupply after major work on one of the world's most advanced high-speed train systems.

Sun is a technology expert with years of experience at China CNR Corp. Ltd., CRRC’s predecessor company, a CRRC staffer told Caixin. Now that its vacant leadership positions have been filled, CRRC’s focus in the second half of the year will turn to its ongoing restructuring, the staffer said.

At China Railway, the Zhengzhou regional bureau has replaced high-ranking staff who had been previously been penalized for a major railway accident.

The Zhengzhou bureau’s former director He Yuan has been transferred to the role of deputy party secretary of China Railway, and will be replaced by Qian Ming, a high-ranking employee of the Jinghu Expressway Railway Company. At the same time, Yang Weijun, the Zhengzhou bureau’s former party secretary, has been transferred to the Lanzhou bureau. China Railway had previously disciplined He Yuan and Yang Weijun for their involvement in a 2016 freight train accident that killed six railway employees.

Zhengzhou, capital of the central province of Henan, has long been an important rail transport hub.

The new appointments and reform committees come at a time of upheaval for the state-owned operator. Earlier this month, Caixin learned that China Railway – which employs over 2.1 million people – aims to consolidate its 18 regional bureaus by the end of this year and operate as a new entity starting in 2018.

The company is also working on a stakeholding reform plan that could allow private sector investors to buy stakes in it.

China’s railway companies have lately been undergoing major reforms in order to tackle rampant overcapacity, at the tail end of a railway expansion boom. At the moment, the combined production capacity of CRRC, the world’s largest rolling stock manufacturer, is over half the level of demand.