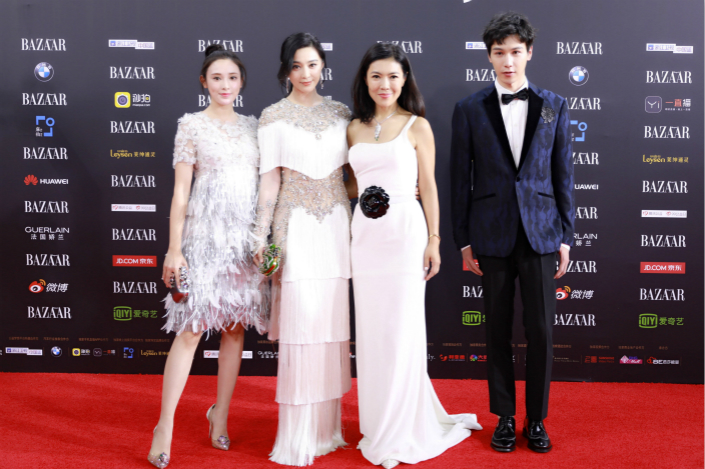 New guidelines on actors' salaries come as Beijing tries to slow a recent spending wave on areas that it considers extravagant, mostly from the sports and entertainment sectors. Above, entertainment stars, including actress Fan Bingbing (second from left), appear at a charity event on Sept. 9 in Beijing. Photo: Visual China

TV-show producers should limit actor salaries to no more than 40% of their total budgets, an industry association representing producers said on Friday, following official criticism about high pay for A-list stars.

“The rapid development of China’s film industry and its increasing size has led to the creation of some outstanding products for broadcasting,” the China Netcasting Services Association said in a statement on its website.

“But at the same time, it has produced the phenomenon of a few actors getting unreasonably high compensation, making costs for such productions unreasonably high. That has caused the distribution of income to become unbalanced, affecting the continued rise of quality for the entire industry.”

Associations like the Netcasting Services group are often quasi-government bodies charged with helping to formulate industry guidelines, even though their recommendations and positions lack the authority of law. China often calls on such groups to take such positions in areas where it feels that industries should regulate themselves rather than be forced to comply with new rules that carry less flexibility.

The guidelines come as Beijing tries to slow a recent spending wave on areas that it considers extravagant, mostly from the sports and entertainment sectors. Earlier this year, the Chinese Football Association, the nation’s sole soccer governing body, voiced its official disapproval of irrational investment and extravagant salaries being paid for clubs and individual stars.

The State Administration of Press, Publication, Radio, Film and Television has also said called for tackling the issue of skyrocketing pay for A-list celebrities. Even show producers have called for controls, saying such high salaries end up consuming too much of their budgets.

“All of our members, producers and other TV show participants should make both professional excellence and moral integrity an industry standard and goal to strive for,” the association said. “They should conscientiously suppress unreasonably high pay and other inappropriate industry behavior.”