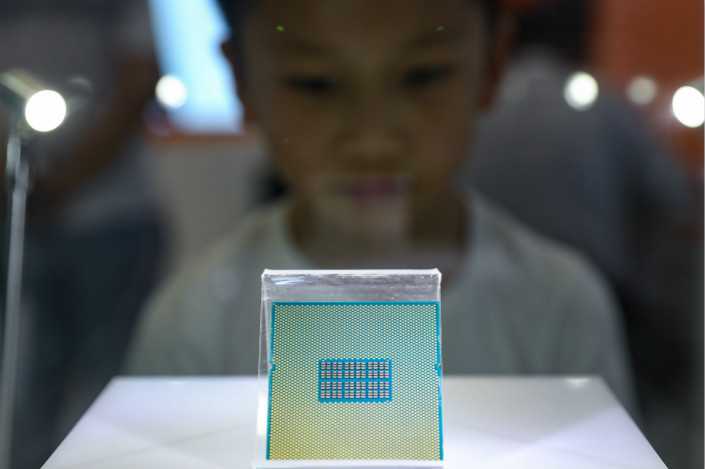 A newly announced takeover of a British chip maker could draw some scrutiny from U.K. regulators over national security concerns, coming just a week after the same China-backed buyer was blocked from a similar deal in the U.S., analysts said.

The Imagination deal carries a price tag of 550 million pounds ($742 million), less than the $1.3 billion that Canyon Bridge had been offering for Lattice. As part of the latest deal, Imagination would sell off its money-losing MIPS central processing unit (CPU) division to a Silicon Valley-based venture capital company for $65 million.

Imagination said the Canyon Bridge offer represented a 42% premium on its stock price on the last day before the deal was announced. Imagination first announced it was putting itself up for sale in June, after major customer Apple Inc. said it would stop buying chips from the British company and start designing its own graphic chips instead.

“The Imagination directors believe that the proposed acquisition provides Imagination shareholders with a very good outcome and provides execution certainty at a time when the future of the business has been negatively impacted by the actions of Apple Inc.,” Imagination said in a statement.

The deal could stand a better chance of closing than the Lattice bid because the European Union lacks the same sort of regulatory framework as the U.S. for reviewing such deals for national security considerations, said Christopher Balding, a professor at the Peking University HSBC Business School in Shenzhen. He noted that the UK in particular has been relatively receptive to Chinese investments and other sensitive activity, including allowing a Chinese company to bid on a local nuclear power project.

But he also noted that the rapid launch of the Imagination offer so soon after the Lattice veto could raise red flags. Chinese buyers have bid on a wide range of similar global assets in the sensitive microchip space over the last three years, though many of those have collapsed after local governments expressed similar national security concerns.

“Based upon the little information there is, I wouldn't consider this a done deal,” Balding said. “Given the immediacy of the new purchase and the price paid, it does again raise concerns this is not done based upon business concerns but upon a Beijing-ordered national strategy.”

Britain’s Daily Mail in its online edition also quoted Nigel Inkster, former deputy head of the nation’s MI6 intelligence agency, as being cautious on the deal. He said the government needs to pay more attention to such deals involving countries like China, which he said is a “practitioner of state corporatism rather than a genuine proponent of free trade.”