In Depth: After Fall of Chief Regulator, What’s Next for Chinese Insurers? 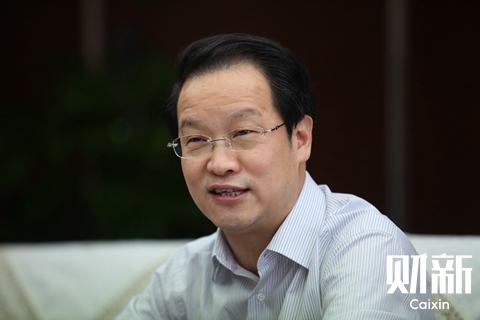 Chinese insurers’ total assets had grown to 16 trillion yuan ($2.42 trillion) as of April, up from 6 trillion yuan in 2011, when the now disgraced Xiang Junbo (above) took over the China Insurance Regulatory Commission, according to commission statistics. Photo: Caixin

During Xiang Junbo’s five-and-a-half-year tenure as head of China’s top insurance regulator, cash-rich or financially savvy private companies with no insurance experience were for the first time allowed to get into the business.

Years passed. Some of those newcomers are now infamous for what the Chinese government calls “irrational” overseas acquisitions, or masking their aggressive leverage with “universal life insurance” — essentially a high-risk fundraising tool.

Once the most powerful man in China’s insurance industry, Xiang was recently expelled from the ruling Communist Party after a corruption investigation that was first reported by the official Xinhua News Agency in early April. He was turned over to prosecutors to face criminal charges, the Central Commission for Discipline Inspection said Saturday.

The inspector’s statement said Xiang had committed serious violations of party rules, including attending lavish banquets, trading power for sex, profiting from his position, allowing others to profit from his position, and accepting a huge amount of real estate as bribes.

Chen Wenhui, vice chairman of the China Insurance Regulatory Commission (CIRC), said earlier this week that insurers that have enjoyed “special treatment” that won’t be tolerated any longer.

“A red line must be drawn” between the regulator and the companies it regulates, Chen added. The CIRC must be committed to reining in risks and maintaining market stability, while promoting development.

The fall of the highest ranking financial official in Beijing’s anti-graft crackdown has prompted many to ask: Will the liberalization measures that were rolled out during Xiang’s tenure remain in place?

The flip side of liberalization

As a veteran auditor and former deputy governor of the central bank, Xiang had been credited with steering the liberalization of China’s cash-rich but sleepy insurance industry.

He pushed for policy reforms that allowed insurers to invest more both at home and overseas to drum up returns. Aided by eased licensing and investment rules, many noninsurers got into the game. Chinese insurers’ total assets had grown to 16 trillion yuan ($2.42 trillion) as of April, up from 6 trillion yuan in 2011, when Xiang took over the commission, according to CIRC statistics.

However, the industry soon got out of hand, at least in the eyes of the Chinese government. And Xiang was seen as an enabler.

The record capital outflows from the country in 2016 were in part driven by insurers’ binges on overseas acquisitions such as soccer clubs to fancy properties. At the same time, insurers were selling high-risk products, usually under the name of life insurance. The goal was to amass cash quickly, in some cases to fund other leveraged deals that were only remotely related to the insurance business.

Too close to the tycoons

Xiang’s seemingly close relationship with business tycoons is seen as sowing the seeds of misbehavior, a source from a private insurer told Caixin.

For instance, whenever Xiang traveled to Shenzhen, he would meet with Zhang Jun, chairman of Shenzhen-based Funde Sino Life Insurance Co. Ltd., another person familiar with the situation said.

Funde secured an insurance license during Xiang’s tenure, and has since expanded into real estate, energy and infrastructure. It also poured money into risky assets that insurers traditionally haven’t been allowed to invest in.

Zhang has been detained since February to assist with a corruption investigation. It was related to an inquiry into Liu Zhigeng, the vice governor of Guangdong province currently under investigation on suspicion of corruption, another person familiar with the situation said.

Under Xiang’s reign, the CIRC was also criticized for its lax rules on how big a stake that a single investor could have in an insurance company.

In 2013, the regulator increased maximum stake to 51% from 20%. And together with shares held by relatives or proxy shareholders, a single investor was often able to hold an even larger stake.

The higher ceiling has enabled conglomerates to use their insurance units to fund acquisitions and riskier investments. Xiang himself said in late 2016 that many insurance companies had become cash machines for their major shareholders.

The CIRC is now taking another look at the rule and may reduce the ceiling to 33%.

The CIRC’s attempts to encourage innovation also led to the rise of the universal life insurance policy. But this creation quickly turned into a monster.

Although the products were called life insurance, they were more akin to short-term wealth management products, albeit ones with a minimal life insurance benefit to serve as a fig leaf. These policies were a huge hit with individual investors seeking high returns, making them a useful tool for raising money fast.

Premiums from universal insurance policies exceeded 1.18 trillion yuan at the end of 2016, up from 133 billion yuan in February 2015, according to CIRC data.

Baoneng’s Foresea Life Insurance is one of several privately owned insurers that have expanded quickly thanks to the boom in universal life insurance. Another big beneficiary was Anbang Insurance Group, which went on a global spending spree and bought the iconic Waldorf Astoria hotel in New York.

The number of small privately owned insurers with questionable shareholding structures mushroomed during Xiang’s tenure. Between 2011 and February 2017, 41 insurers obtained a license to start new businesses. Industry rules stipulate that a single shareholder can hold no more than 51% of an insurance company, but in practice, many shareholders have gained absolute control of these insurance firms by getting relatives or other proxies to buy shares on their behalf. This has posed challenges to corporate governance and risk controls.

Now that Xiang is gone and the regulator has tightened its grip on the industry, some industry watchers believe the clean-up is far from over.

“Was Xiang Junbo the only one who was bought off at the CIRC?” one of them asked.