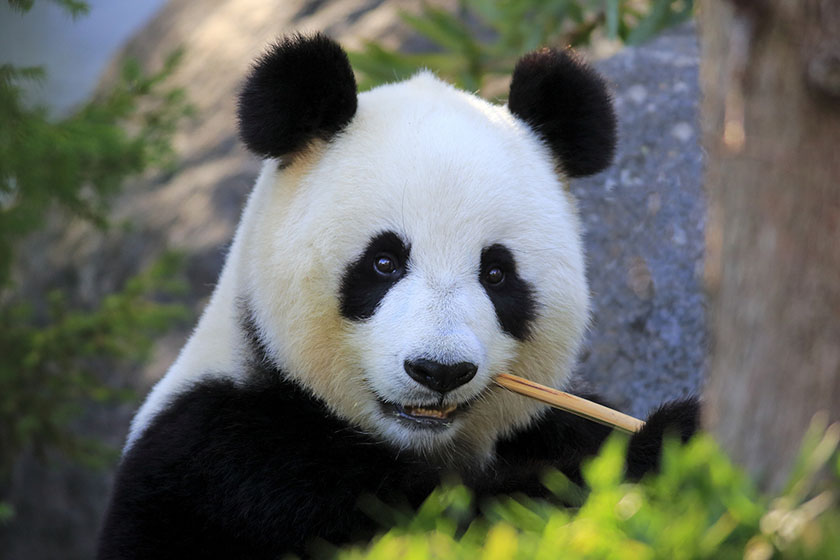 (Beijing) — A team of researchers from China and the U.S. is urging that giant pandas be relisted as an “endangered species,” as road construction and commercial logging continue to threaten their habitats.

The International Union for Conservation of Nature (IUCN) downgraded the protection status for the giant panda from “endangered” to “vulnerable” last year, citing an increase in the number of adult bears both in the wild and in captivity between 1985 and 2014.

But habitats of these beloved bears — native to a few areas of western China — have shrunk by nearly 5% from 1976 to 2001, according to a study published Monday in the journal Nature Ecology & Evolution. A 0.4% increase in habitat between 2001 and 2013 failed to offset previous losses, it said.

Average habitat size for a giant panda fell by nearly a quarter from 1976 to 2001 and rose by 1.8% between 2001 and 2013, according to data collected using remote sensing technologies over the past four decades.

The biggest threat to the animal — considered a national treasure in China — was habitat fragmentation, which isolated groups of pandas, making it harder for them to find mates.

China’s wild panda population is divided into 30 isolated groups across six mountain ranges, with 18 groups having fewer than 10 animals. This makes them increasingly vulnerable to local extinction, warned the team of scientists from the Chinese Academy of Sciences, Zhejiang University, Michigan State University, University of North Carolina and Duke University.

Commercial logging was responsible for destroying vast tracts of panda habitat in the past, but more recently road construction has been pushing pandas into isolated patches, they said.

The density of road networks in areas close to giant panda habitats in 2013 was 2.7 times greater than in 1976, according to the study.

IUCN’s earlier decision to downgrade the protection level for giant pandas to “vulnerable,” which is fifth on a seven-tier red list for endangered species, was based on an uptick in population noted in three surveys by China’s State Forestry Administration.

But researchers argued that this decision was premature because these surveys themselves were inconsistent in terms of data collection methods, analyses and areas sampled.

There were 1,864 giant pandas in the wild at the end of 2013, up 17% from 2003, according to the latest survey released by China’s State Forestry Administration in 2015. But this number remains much lower than the level in the early 1970s.

There are also 422 pandas raised in captivity, government data showed. However, conservation programs over the past decade that aimed to release some of the animals born in captivity have suffered setbacks.

A 3-year old panda, trained for survival in the wild, was found dead from an attack by unknown animals two month after it was released into a habitat in Ya’an in southwest China’s Sichuan province in July 2016.

To address threats from the diminishing habitats and increased isolation of panda groups, Ouyang Zhiyun, one of the researchers behind the study, suggested building “green corridors” to link different habitats, allowing groups of pandas to socialize.

He also warns against the adverse impact on panda habitats from the rising number of tourists flocking to trekking sites near giant pandas reserves for in recent years.