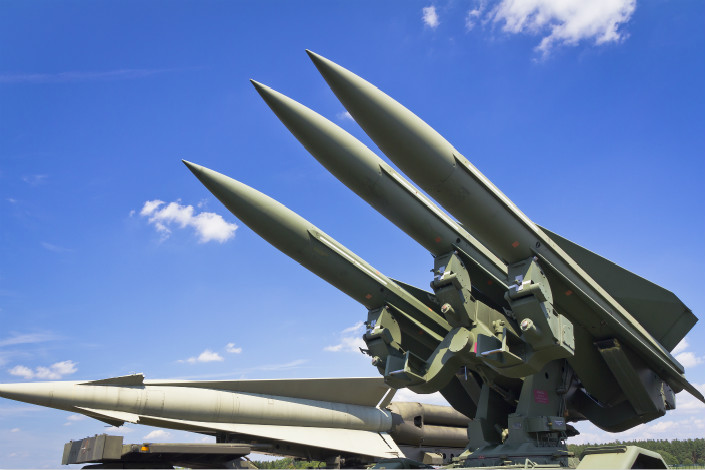 The observers felt that time was standing still as they held their breath, every eye trained on the missile.

A golden flame burst out of the missile’s base, propelling it into the air. On Oct. 25, 1963, the cheers of the scholars and soldiers working at the Xi’an Second Artillery Technical College echoed through the surrounding deserts when they successfully launched the Dongfeng No. 1, China’s first homegrown missile, after three years of work.

To celebrate, the headmaster of the college announced that every commander and soldier would get two boiled potatoes for dinner that day.

That headmaster, Xiang Shouzhi, died on Sept. 2 this year in Nanjing at the age of 100. Over the course of his life, he had been a machine-gunner in China’s War of Resistance Against Japanese Aggression and in China’s civil war, an officer in the Korean War, a pioneer in Chinese rocketry, a victim of the Cultural Revolution, a top-ranking general, and a charitable patron.

Xiang, born in 1917 to a rural family in Sichuan province, joined the Red Army — the predecessor to the People’s Liberation Army — in 1934 and subsequently fought against the invading Japanese forces and in the Chinese civil war. At first, Xiang was his unit’s designated machine-gunner. He recalled in his memoir that the role required accuracy and a cool head, as there were too few bullets to be wasteful.

Not long after the founding of the People’s Republic, Xiang found himself on the front lines once again, this time in the Korean War. As the chief of staff of the 15th Corps of the People’s Volunteer Army, he was involved in the Battle of Triangle Hill of October and November 1952, in which Chinese troops held off an advance by U.N. forces for over a month in the face of artillery and aerial superiority.

The Chinese military won a major defensive victory, and after the war, Xiang was promoted to major general.

When he was made head of the Xi’an artillery college in 1960, Xiang realized that none of the professors already at the school had the knowledge of modern rocketry needed to train a modern missile corps. Starting from scratch, Xiang brought to the college specialists who had worked with Soviet missile experts and asked universities around China to produce teaching materials relevant to their mission. After two years, they had collected over 40,000 related books and produced nearly 100 new textbooks and courses.

As relations with the Soviet Union and the U.S. grew increasingly tense in the 1960s, China’s leadership began to pay greater attention to the development of nuclear weapons and the missiles needed to deliver them. To this end, the People’s Liberation Army 2nd Artillery Corps was founded in 1966.

Xiang was made its leader in 1967. However, his time at the top was brief. Amid the political chaos and infighting of the Cultural Revolution of 1966-76, he was discharged as he was “not Lin Biao’s person” — a reference to the then-party vice chairman. Lin and Jiang Qing were later held responsible for heading Communist Party “cliques” that were responsible for the excesses of the time. Xiang later wrote in his memoir that the accusation against him was “quite true. … As a soldier, I belong to the party” rather than to any political faction.

Recalling those days, Xiang said that “as the commander of the 2nd Artillery Corps, I should have been devoted to China’s missile development. However, the Cultural Revolution struck down many senior generals who had contributed a lot to our country.”

Over the following years, Xiang was persecuted and send to work on several different farms. In 1975, when the Cultural Revolution started to come to an end, Xiang was again made head of the artillery corps.

He accepted the role, though admitted that there seemed to be a cloud of bad luck over his involvement in missiles, as famine struck the country around the time of his appointment as head of the Xi’an college, and the Cultural Revolution kicked off when he was sent to the artillery corps.

Two years later, he was reassigned as deputy head of the Nanjing Military Area Command, and was made the region’s commander in 1982. In this role, which he held until his retirement in 1990, he was in charge of all the military and armed police matters of seven provincial-level regions in eastern China.

In 1988 he was made a full general, the highest military rank available. “That was the most unforgettable day of my life,” he recalled.

Xiang met his wife, Zhang Ling, in 1944 at a Communist Party school. The two young revolutionaries married when Xiang and his troops were passing through the county in which Zhang worked on their way to launch a counteroffensive against the Japanese army. Xiang later recalled that their wedding had no formal ceremony and no banquet, and that the two devoted communists simply swore to see the revolution through to the end and stay with each other forever. The next day, Xiang led his troops onto the battlefield.

While Xiang threw himself into his work, his relationship with his wife took a back seat, although he wrote that she was always there to share his troubles. While he was away building up the Xi’an college, Zhang was diagnosed with rectal cancer. Her doctor told him that he should “do the duties of a husband, as your wife has no more than five years left,” and Xiang wrote that he felt ashamed for knowing nothing about her illness. However his wife chose to comfort him, saying, “We are survivors of the war, I know your character, you work with all your might, and I would do the same if I were you.”

“’Thank you,’ was all I could say”, Xiang wrote in his memoir. Zhang defied the doctor’s prediction and fully recovered from her cancer.

After retiring, Xiang devoted himself to charity, becoming the honorary head of the Nanjing Charity Association. He particularly liked to spend time with young people, going to a military kindergarten every Children’s Day to celebrate with the students.

He would regularly share his story with youngsters and take them to experience military training, saying that “teenagers are the flowers and the future of our country. Being with them, I feel younger myself.”

In the conclusion to his memoir, looking back on the historic hardships of his life and momentous achievements of his career, he wrote that “everything will pass, and everything will be history.”