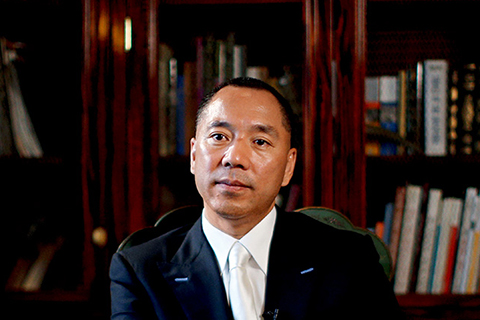 Facebook, which itself is blocked in China and whose Whatsapp instant messaging service was briefly blocked for many users here last week, took the step after receiving a complaint of unspecified nature. It also took down another page associated with Guo, according to The New York Times on Monday.

“We want people to feel free to share and connect on Facebook, as well as to feel safe, so we don’t allow people to publish the personal information of others without their consent,” The New York Times quoted Facebook spokeswoman Charlene Chian saying.

Guo has made frequent comments critical of Beijing, which considers him a criminal who engaged in corruption. Global police agency Interpol earlier this year issued a red warrant for Guo’s arrest at Beijing’s request. A red warrant asks Interpol members to locate and provisionally arrest an individual pending extradition, but is not an actual arrest warrant. Since then, Guo has requested asylum in the U.S.