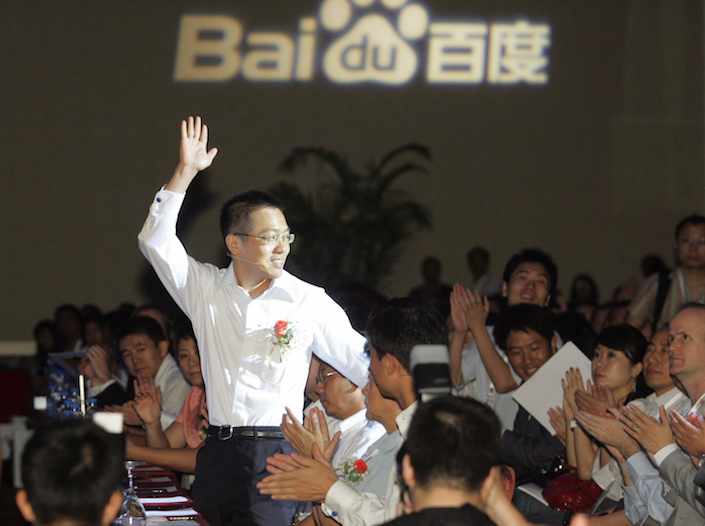 The insider trading case of former Baidu executive Li Yinan, pictured at a corporate event in August 2009, involved 7 million yuan ($1 million) in illegally-gotten gains, which Li earned after a close friend tipped him off that a listed machine tool manufacturer was in merger talks. Photo: IC

A muted conclusion is nearing in the story of a child prodigy who attained top positions at some of China’s leading high-tech firms, only to fall from grace for insider trading, in a Chinese version of the similarly high-profile case of U.S. entrepreneur Martha Stewart in the early 2000s.

Li Yinan, now 47, was in headlines as recently as last week, when a court upheld his conviction that carried a 2 1/2 year jail sentence for insider trading. He will have served that time as of December, leaving him to resume his life after a scandal that saw him go from high-tech superstar to financial criminal, according to the website Sina.com.

Li was first detained in June 2015, and later convicted before finally being sentenced in January this year. The case that brought him down was relatively small by standards in China’s young and freewheeling financial markets, where insider trading is common. It involved 7 million yuan ($1 million) in illegally-gotten gains, which Li earned after learning from a top executive and close friend at a listed machine tool manufacturer that the company was in merger talks.

Li’s detention, his high-profile trial, and subsequently rejected appeal marked an abrupt turn of fortune for a young man once known as one of China’s fastest-rising high-tech superstars.

After attending college at only 15, Li quickly rose through China’s corporate high-tech world to become the youngest vice president of Chinese telecoms giant Huawei Technologies Co. Ltd. at the age of 27. He would go to join leading Chinese search engine Baidu Inc. in 2008 as its chief technology officer, attaining the title while still in his 30s. His resume also included a connection to wireless giant China Mobile, after he became CEO of a company that operated the carrier’s online travel service.

In 2015, Li started the electric scooter business Niu Technologies to develop high-end electric scooters inspired by the design of the Italian brand Vespa and by the battery technology of electric car manufacturer Tesla. Niu launched its first model on June 3, 2015, two days before Li’s arrest.

Word has yet to emerge on what Li plans to do when his sentence ends, as he heads into his late 40s.

The case in many ways resembles that of Martha Stewart, who built a U.S. media empire in the 1990s on her homey style of crafts, cooking and decorative ideas for around the home. That case saw Stewart convicted in 2004 for charges stemming from a trade that helped her avoid a relatively small loss of about $51,000 by selling shares in a company she owned after receiving negative insider information.

She ultimately served a five-month prison sentence and was released in 2005. In that instance, prosecutors were believed to have aggressively pursued the case, despite the relatively small amounts involved, to show that nobody was exempt from U.S. securities laws forbidding insider trading.