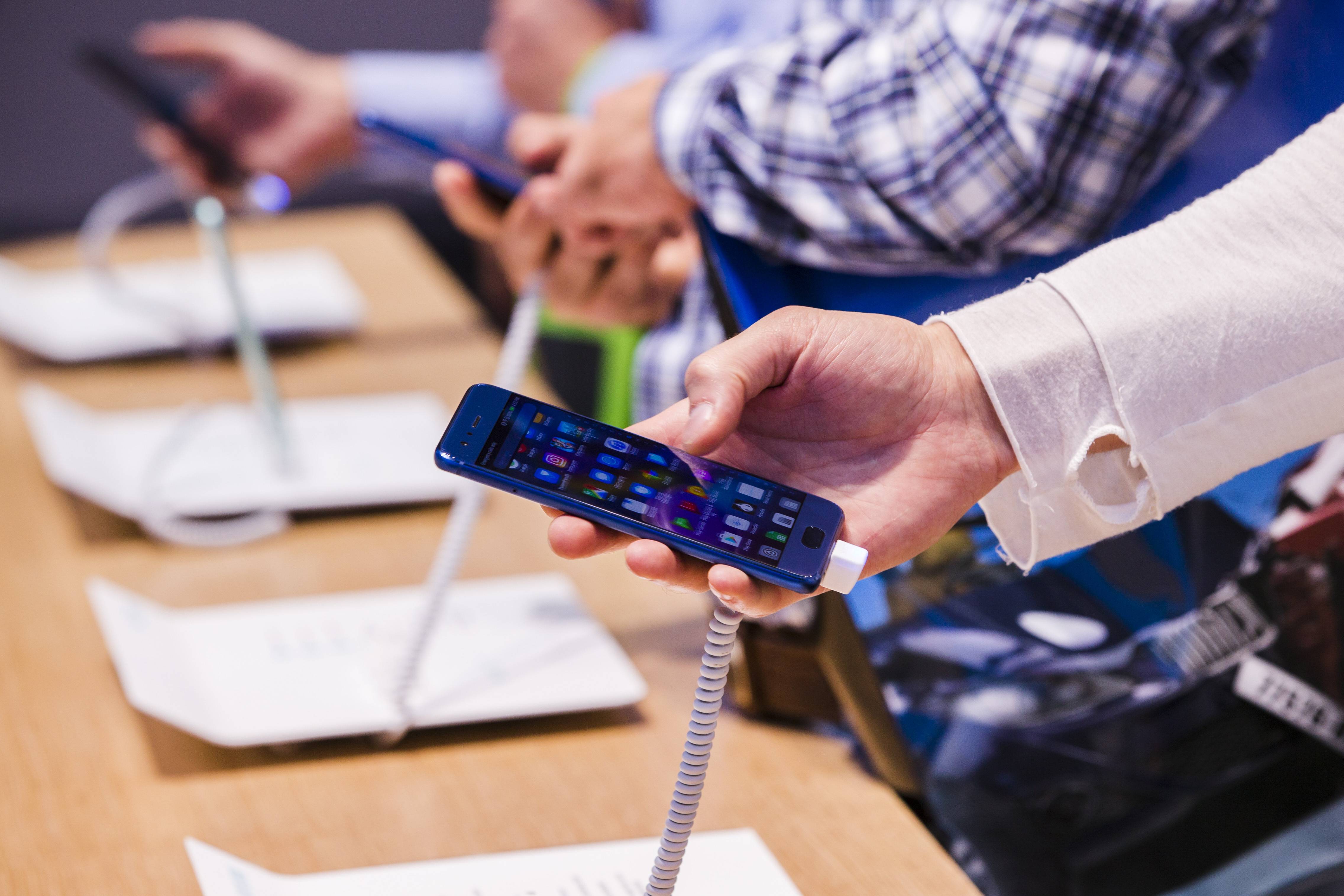 Some 31.4% of respondents to a poll last month in China said they intended to buy a Huawei model for their next smartphone, compared with 24.2% who said they wanted an iPhone. Photo: IC

Surging smartphone maker Huawei Technologies has for the first time surpassed Apple Inc. as the brand of choice for Chinese smartphone buyers, in the latest sign the U.S. giant is losing its luster in the world’s largest market, according to a new survey.

The timing is significant because Apple unveiled its latest models, the iPhone 8, iPhone 8 Plus and iPhone X, in September and generally gets a boost from excitement around its new launches. The iPhone 8 went on sale in late September, but has failed to attract the usual buzz of previous launches.

The iPhone's 24.2% September showing in terms of consumer preference is down from 25.8% at the time of the iPhone 7 launch last year, the Financial Times said. Among people who said they planned to buy an iPhone in the latest survey, 65.1% said they wanted one of the latest three models. That was down sharply from the 75.7% who said they planned to buy the latest models from the iPhone 7 series around the time of the last product launches.

The survey results mirror a larger trend that has seen Apple steadily lose share in the world's largest smartphone market, as it comes under assault from Huawei and a group of other homegrown brands including Oppo, Vivo and Xiaomi.

In this year’s second quarter, Apple’s China sales fell 7.6%, as its share of the market dipped 0.6 percentage points to 7.1%, making it the No. 5 player, according to data tracking firm IDC. At the same time, Huawei’s sales surged 22.6% to make it the clear market leader with 21% share, as Chinese consumers increasingly see the brand as offering comparable quality to Apple at far lower prices.