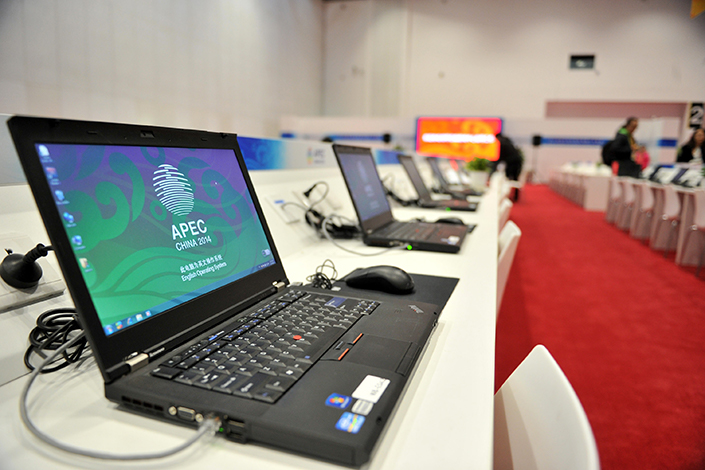 Lenovo controlled 22% of the global notebook computer market in the second quarter of 2017, with sales roughly flat from a year earlier. Photo: IC

PC maker Lenovo has rolled out a nostalgia laptop model celebrating the 25th anniversary of IBM’s groundbreaking Thinkpad series, hoping to find some new momentum as its core products grapple with stagnating growth and its newer smartphones struggle to find an audience.

Analysts said the move could have limited appeal by piquing interesting from enthusiasts and fans of the series, whose history dates back to Oct. 5, 1992, when IBM rolled out its original ThinkPad 700C.

Lenovo later acquired the brand with its landmark purchase of IBM’s PC business more than a decade ago, and has used the series as a staple of its main notebook computer unit since then.

The newest ThinkPad offering is a limited-edition model with several features designed to evoke memories of the past for an industry whose roots date back to the early 1980s. Such “retro” features include a backlit seven-row ThinkPad classic keyboard, dedicated volume buttons, multiple status LEDs and a multicolor logo, Lenovo said.

It added the design was the result of a two-year process that saw the company use social media to elicit feedback from fans and loyalists of the brand. It added that the original ThinkPad was developed in Japan, with a design inspired by that country’s bento boxes, the Japanese version of a lunch box. To date, the series has sold 130 million units.

Lenovo is hoping the new model will breathe new life into its stagnating PC business, which has been the company’s workhorse as its newer smartphone unit struggles to find an audience. The company controlled 22% of the global notebook computer market in the second quarter of this year, behind industry leader HP Inc., with sales roughly flat from a year earlier, according to data tracking firm IDC. That entire notebook PC industry has posted flat growth over the last year, as consumers migrate to a newer generation of other mobile computing products like smartphones and tablets.

“The Anniversary Edition 25 alone won’t turn the company around. This is just a limited offering to appeal to its long-time fans,” said IDC analyst Bryan Ma. “In that sense, one can't help but wonder if this could've been a bigger opportunity to bring out a more head-turning trophy product, similar to how Apple leveraged its 10-year anniversary of the iPhone. Instead, this was more of just a small party for its fans to bathe in nostalgia.”

Ma added that Lenovo’s struggling smartphone business, which posted a slight gain in its latest quarter after several years of decline, is also showing no signs of improvement anytime soon.

“Lenovo's mobile phone efforts seem to be in a holding pattern at the moment. I'm eager to see what emerges after they finish their soul searching,” he said.