China to Speed Up Drug-Approval Process 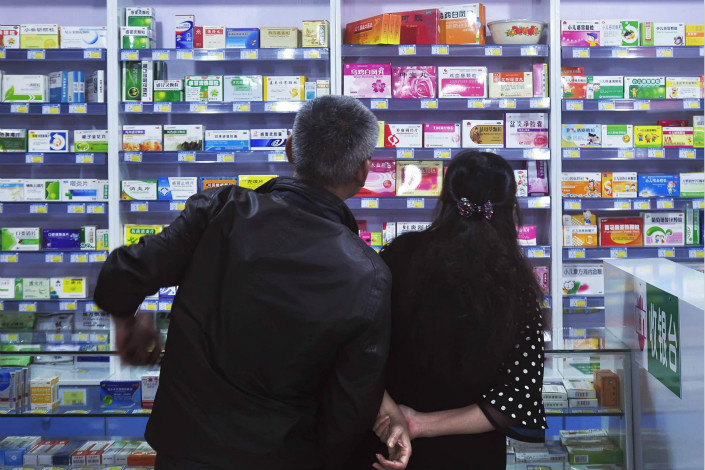 The policy change aims to reduce China's backlog of drug approval applications, which stood at 6,000 in June. Photo: Visual China

China’s State Council intends to speed up the country’s notoriously lengthy drug-approval process through a set of new policies, which include permitting for the first time the use of data from overseas clinical trials.

The policies, outlined in a document published Sunday, also include a pledge to re-evaluate existing drugs on the market, and to promote the production of generic drugs.

The new policies target the country’s large backlog of drug approval registrations, which stood at 6,000 applications in June, down from a 2015 high of 22,000, according to figures from the China Food and Drug Administration (CFDA). Regulators in developed markets approved 433 new drugs between 2001 and 2016, while China approved just over 100.

The document comes after years of attempted reform of China’s inefficient drug-approval system. In March, the agency announced it was considering allowing foreign pharmaceutical companies to conduct clinical trials of new drugs in China even before the drugs received approval in their countries of origin.

Under existing rules, foreign firms are required to provide data from six to 10 months of trials conducted in China, but only after they have completed multiple phases of clinical trials in their countries of origin.

Sunday’s document, which did not specify a time-frame for implementation, would give foreign drugmakers the option to forgo clinical trials in China.

Typically, a new drug appears on the Chinese market five to seven years later than in Europe or the U.S., because “many aspects of our system slow down the entry of new drugs,” CFDA official Wu Zhen said at a press conference Monday.

“Due to this situation, online drug sales, including by individuals carrying drugs in from outside the country, have become increasingly prevalent, creating many hidden risks,” Wu said.

The slow approval process has also meant that many in China still depend on older-generation drugs with lower efficacy and more side effects, even though newer drugs are available in other markets.

CFDA sources told Caixin in March that three drugs used to treat hepatitis C were on the verge of securing approval for use in China, four years after receiving approval in the U.S. The agents — from the direct antiviral agent group of drugs — are safer and more effective than the older drugs interferon and ribavirin, which are still widely used in China.