Tencent Will Sell You Insurance — in Its Apps 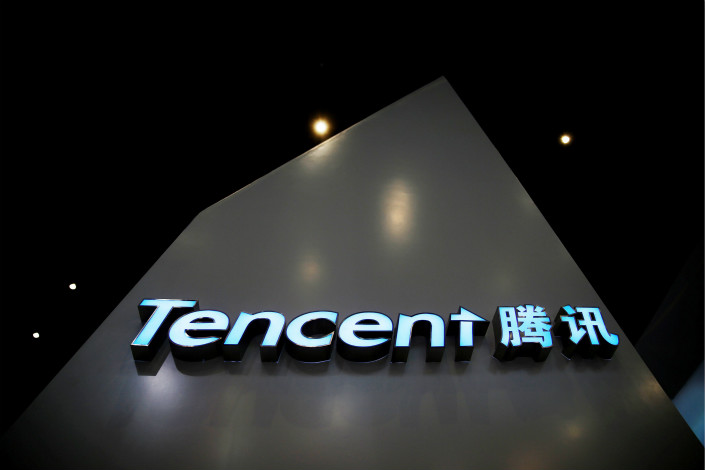 Wemin Insurance Agency Co. Ltd., whose majority owner is Tencent Holdings Ltd., has been granted a license that allows it to sell insurance products, collect premiums and settle claims as an agent. Photo: Visual China

Technology companies are flocking to the internet insurance industry in China in recent years. They are riding on a fintech wave, as well as the country’s opening of its financial services sector once dominated by state companies. The hype remains unabated, as shown by the massive oversubscription in the initial public offering of ZhongAn Online Property & Casualty Insurance Co. Ltd., China’s first online-only insurer, in Hong Kong two weeks ago.

In China, about 65% of new insurance policies were sold through the internet last year, according to management consulting firm Oliver Wyman, which projects that China’s technology-based insurance industry will grow to 1.41 trillion yuan ($214.1 billion) by 2021, up from 363 billion yuan in 2016.

Weimin, established in October 2016, has registered capital of 200 million yuan. The license now allows it to sell insurance products, collecting premiums and settle claims as an agent, the CIRC said.

Some market watchers believe companies are likely to prioritize sales for platforms in which they have a higher stake. This means Tencent may focus more on Weimin than ZhongAn, challenging the growth of the latter. ZhongAn is also owned by Ant Financial Services Group and Ping An Insurance.

Tencent holds a 20% stake of the Hong Kong unit of U.K.-based insurance group Aviva, and a 15% stake of China’s Hetai Life Insurance Co. Both insurers are eye on expanding their presence in digital insurance.

Ant Financial acquired a controlling 51% stake in Taiwan’s Cathay Century Insurance Co. in 2016. Since then, Cathay Century prioritizes technology as a key business driver, effectively competing head-on against other bigger players like ZhongAn.