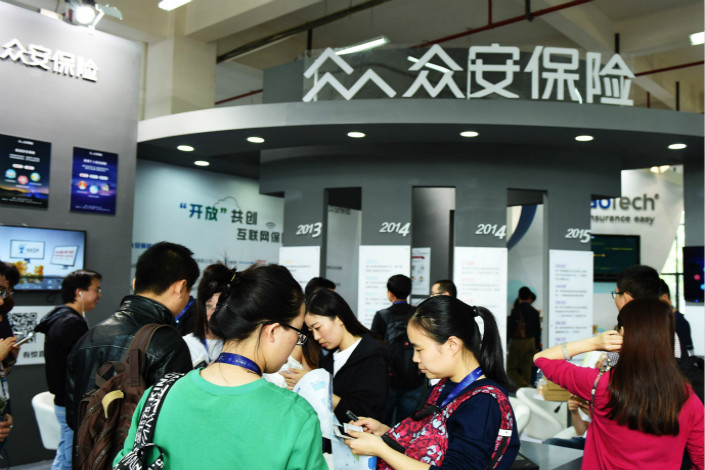 ZhongAn Online Property & Casualty Insurance said it had entered into an agreement with Sinolink Worldwide (HK) to establish the microlender. Sinolink Worldwide (HK) is a wholly owned subsidiary of a company that ZhongAn Chairman Ou Yaping controls, so the agreement counts as a connected transaction under Hong Kong’s listing rules, ZhongAn said in a stock exchange filing.

The announcement comes just weeks after ZhongAn’s Hong Kong IPO, which raised $1.5 billion after being nearly 400 times oversubscribed. It was the largest-ever listing of a new-generation Chinese financial technology company. Shares of ZhongAn, which is also the first-ever internet-only insurer listed in Hong Kong, rose as much as 18% on their first day of trading.

ZhongAn was set up in 2013 by the heads of internet giants Alibaba Group Holding Ltd. and Tencent Holdings Ltd., along with Ping An Insurance Group Co. The online insurer had said in its IPO prospectus that its board had resolved to “establish a small loan company as a joint venture with Sinolink Worldwide.”

The new joint venture company, which will be in Dazu district of the southwestern city of Chongqing, will have a registered capital of 300 million yuan ($45.5 million), of which ZhongAn will provide 70%, and Sinolink the remaining 30%.

At the same time, ZhongAn is continuing to search for a way to become profitable. The insurer reported a net loss of 287 million yuan in the first half of 2017, and in its IPO prospectus it said it expected to take large losses this year and next because the company is still focused on expansion.

The insurer was profitable for its first three years, but primarily due to large investments, according to its IPO prospectus. Its insurance business has never been profitable.

ZhongAn is forming a joint venture company to “tap into the microfinance market in Chongqing and the PRC” where it sees “substantial and sustainable growth opportunities,” it said.