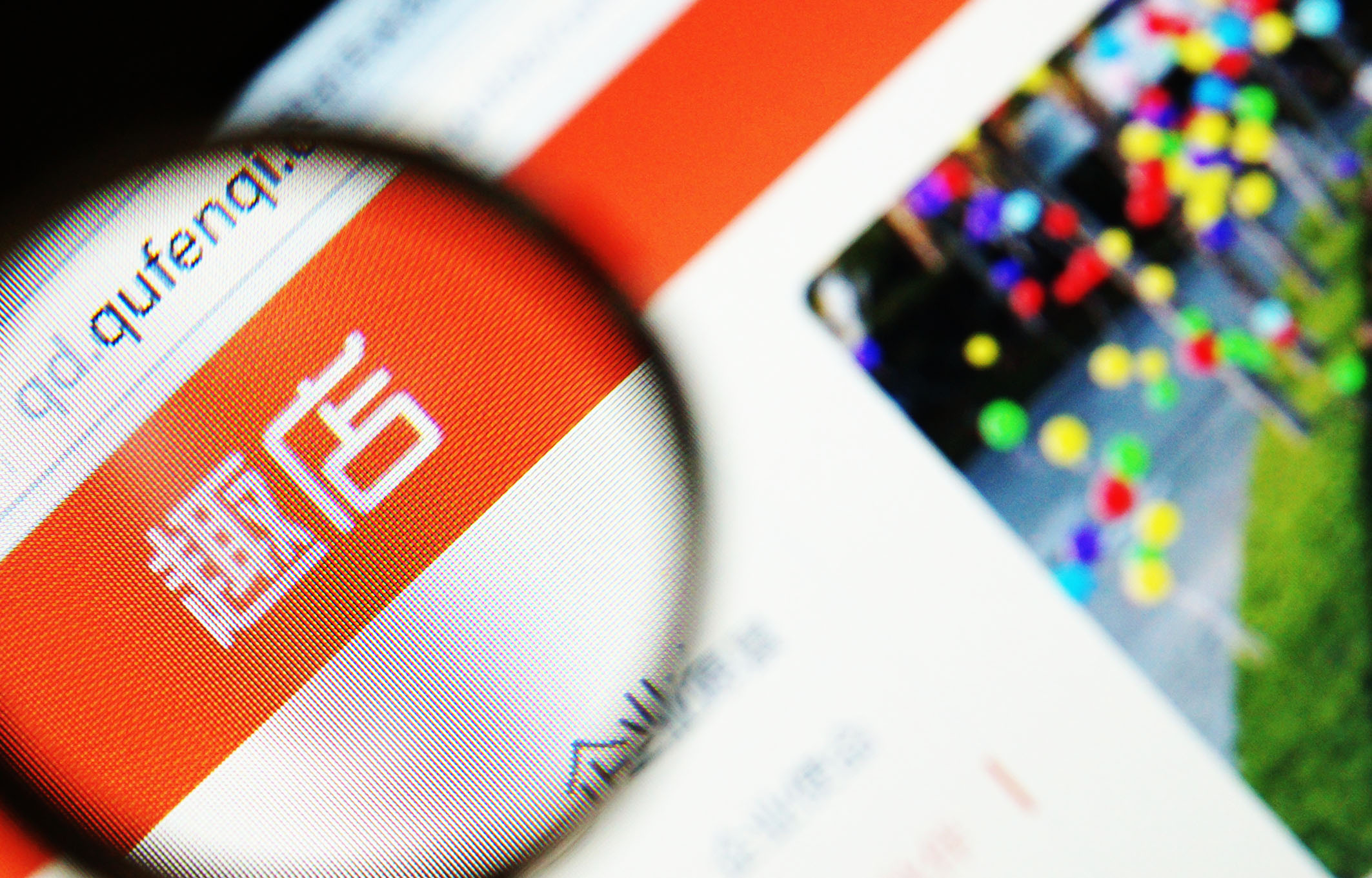 Qudian, whose logo is pictured, set a price range of $19 to $22 for its American Depositary Shares (ADSs), kicking off a roadshow for an IPO expected to make its trading debut around the middle of this month. Photo: IC

Online microlender Qudian Inc. set the price range for its New York IPO on Tuesday, aiming to raise more than $800 million in what could become the largest U.S. listing to date by a new wave of Chinese financial technology companies, known as fintechs.

The offering would follow last week’s successful Hong Kong listing of another fintech company, online-only insurance provider ZhongAn Online Property & Casualty Insurance Co. Ltd., which raised $1.5 billion. Since pricing at the top of its range on strong demand, ZhongAn’s stock has risen about 13% above its offer price.

Qudian set a price range of $19 to $22 for its American Depositary Shares (ADSs), kicking off a roadshow for an IPO expected to make its trading debut around the middle of this month, said a source with direct knowledge of the process, speaking on condition of anonymity. A pricing at the top of that range would allow Qudian to raise $825 million, though the size could be increased if demand is strong, he added.

Depending on the pricing, Qudian could get a market value of $4 billion to $7.4 billion. The company had said in a previous public filing that it was aiming to raise up to $750 million in the listing.

Qudian’s profits and revenue have soared as it shifted from its roots as a provider of small loans to college students to initiator of broader consumer loans that can be sold off to third-parties. The company’s revenue grew fivefold to 1.8 billion yuan ($273 million) in the first six months of this year, while its profits rose eightfold over the same period to 974 million yuan, according to its prospectus.

The company had about 5.6 million active borrowers at the middle of June, more than double the total from a year earlier. Its transactions for the month of June were worth 21.5 billion yuan, more than triple the amount from the same month a year earlier, according to its filing.

The Qudian and ZhongAn listings are expected to kick off a wave of smaller offshore listings by other Chinese fintech companies, which have risen rapidly over the last five years as China has allowed private capital into a financial services sector once monopolized by state-owned entities. Other fintech companies that could list by year-end include Hexindai, iClick and Ppdai.