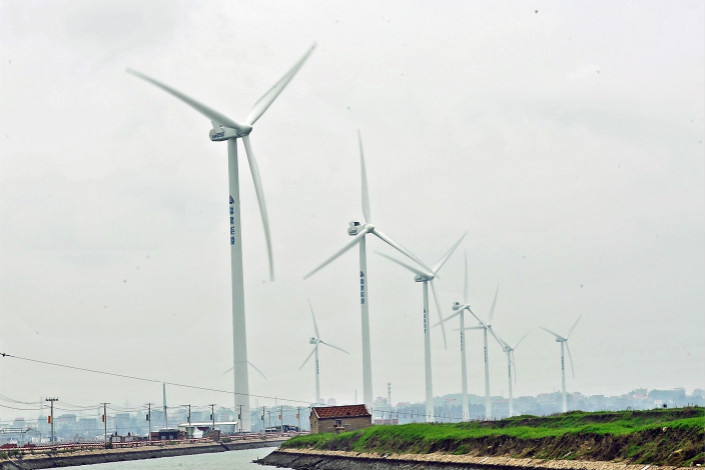 New energy businesses such as offshore wind power will dominate the state-owned energy firm’s portfolio after its hydropower business reaches its maximum potential by 2050, according to Bi Yaxiong, executive vice president at China Three Gorges.

Bi made the comments at the China Wind Power 2017 Conference this week in Beijing.

China Three Gorges is planning “a new direction, which is new energy (and) which has the most room for long-term growth,” he said.

As of late 2016, China Three Gorges was operating offshore wind power facilities with a combined installed capacity of 600,000 kilowatts, according to the company’s annual report.

Government support for offshore wind power projects is increasing, Bi noted, particularly now that this form of energy has proven economically viable in many countries.

China’s installed wind power capacity is slated to increase to 210 gigawatts by 2020, according to the 13th Five-Year Plan for Wind Power Development released in November by the National Energy Administration. By that year, wind energy is expected to account for 6% of the country’s power generation capacity.

Renewable energy in general has received significant Chinese government support in recent years through subsidies and tariffs. But one result has been an energy glut that forced price cuts and gave birth to new plans aimed at gradually weaning energy companies off subsidies.