Tencent Trades ‘Honour’ for ‘Valor’ as It Eyes U.S. for Popular Game 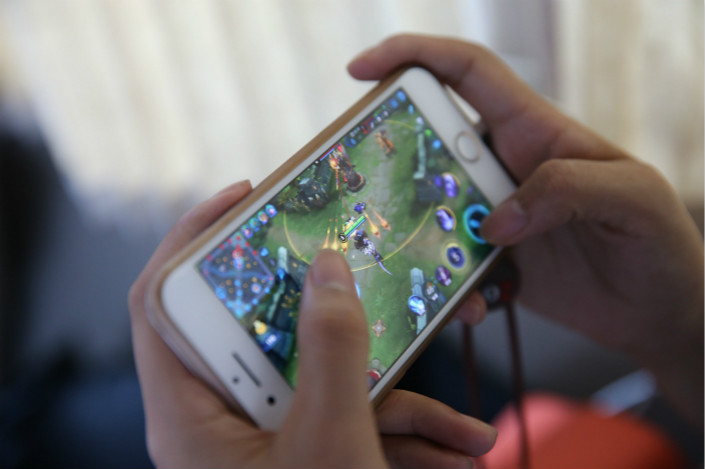 "Arena of Valor" has already launched in a variety of Asian and European countries, including South Korea, Vietnam, the U.K. and France. Photo: IC

When is valor more important than honor?

The question may sound like one for philosophers or perhaps medieval scholars, but internet giant Tencent may be hoping a switch to the former from the latter will help its smash-hit game win over the world’s second-largest gaming market.

“Arena of Valor” is the official new name for a game until recently known in English as “Honour of Kings,” a spokeswoman from Tencent Holdings Ltd. confirmed to Caixin. The switch comes just three months after media outlets reported that Tencent was preparing a U.S. launch for the title, whose huge popularity in China has sparked debate over the game’s addictive nature.

The spokeswoman wouldn’t confirm any plans for a U.S. rollout, adding that no registration has been started for such a move yet.

The newly knighted “Arena of Valor” has found a huge audience in Tencent’s home China market by combining the company’s two biggest strengths — gaming and social networking. People compete in teams, and can play from anywhere using their smartphones over Tencent’s popular WeChat and QQ instant messaging platforms. Standalone app versions are also available in other markets.

Tencent has already launched versions of the game in a wide range of Asian and European countries, including South Korea, Vietnam, the U.K. and France. But it has yet to make a move into the world’s second largest gaming market. In addition to smartphone-based versions, media have reported that Tencent is making a version of “Arena of Valor” for Nintendo’s popular Switch gaming console.

“Arena of Valor” has become a cash cow for Tencent, which counts gaming as its single largest revenue source. Launched just two years ago, the game has raked in nearly 2 billion yuan ($303 million) in revenue in a single quarter, including 150 million yuan in daily revenue from virtual in-game gear.

More than 200 million people were playing the game in April, when Tencent last disclosed figures. That means more than one-third of China’s 560 million gamers has waged war on the game’s virtual battlefield.