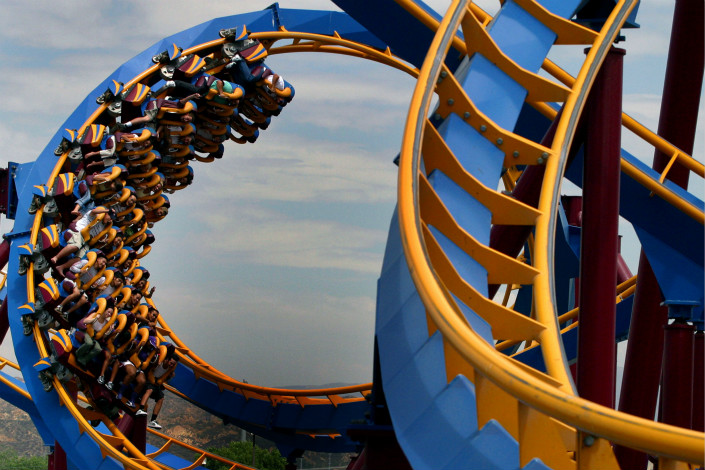 Six Flags, which has amusement parks across the U.S., including one (pictured) in the Los Angeles area, is expected to open two theme parks in China by the end of the decade. Photo: Visual China

The Texas-based company is currently building a Six Flags park in coastal Zhejiang province and one in the interior city of Chongqing. It said Thursday it would be adding a Kids World — designed especially for families with young children — in both locations, as well as an Adventure Park, which offers high-energy outdoor thrills, at the Chongqing location.

The two projects already under construction are expected to open in 2019 and 2020. The newly announced three will be finished in 2020, Six Flags said.

As the world’s most populous nation and with rising disposable incomes, China is expected to surpass the U.S. as the world’s largest theme-park market by 2020, when it will attract an estimated 221 million people a year, according to U.S. consulting firm AECOM.

Theme parks, especially ones tailored to children, expected to experience strong growth in the coming years in China, particularly since the country’s family planning rules were relaxed to allow families to have a second child.

Six Flags arrived later than its rivals to the lucrative China market, only selecting a location for its first park in 2014. The Walt Disney Co. chose Shanghai as its spot on the Chinese mainland in 2009 and opened its park in 2016.

Chinese developers, with brands such as Chimelong, Wanda and Happy Valley — which dominated the market before Disney arrived — have also increased their presence. For example, Fantawild Holdings Inc., which owns 22 theme parks in China, plans to build another 18 by 2020.