ZTE Software Unit Hangs Up on Over-The-Counter Board 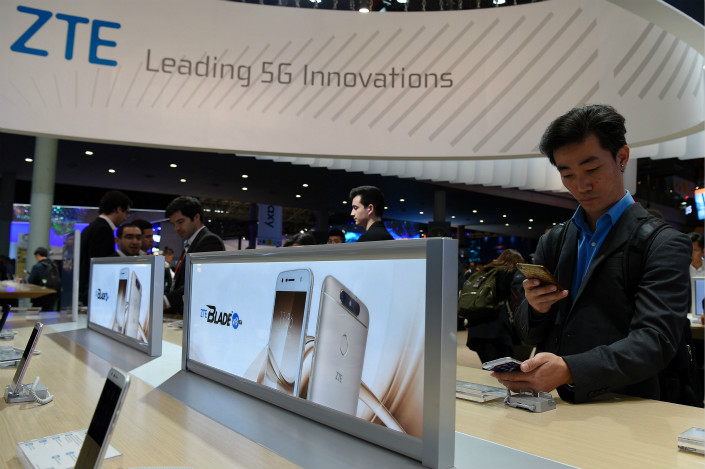 ZTE’s application to delist ZTEsoft Technology Co. Ltd. took place just over a year after it listed its software unit on the over-the-counter board as part of a broader move to spin off its noncore divisions to focus on its central businesses. Photo: Visual China

Telecom giant ZTE Corp. has applied to delist its software unit from China’s over-the-counter-style board just a year after listing there, following a wave of similar defections due to lack of liquidity and the board’s reputation for financial mischief.

ZTE said its board passed a resolution to apply for the delisting at its meeting held last Thursday, according to a public announcement made later that day. It said the action still requires approval by the NEEQ, often referred to as the New Third Board for thinly traded small-cap companies available only to wealthy and institutional investors.

The action comes just over a year after ZTE listed the software unit on the board, as part of a broader move to spin off its noncore divisions to focus on its central businesses of making networking equipment and smartphones.

A company spokeswoman did not immediately respond to a request for comment on ZTE’s decision to de-list the unit so soon after its original listing.

The NEEQ was set up more than five years ago as a preparatory marketplace for small businesses aspiring to list on China’s main stock markets. But it has also become a magnet for companies that did not make the cut with bigger stock exchanges due to poor profitability records or substandard corporate governance, leading a growing number of companies to consider de-listing. Many of those considering such de-listings are also frustrated by the board’s lack of liquidity.

The move also comes four months after Bloomberg reported that ZTE was in talks to sell the software unit to Alibaba, in a deal expected to be worth between 2 billion yuan ($303 million) and 3 billion yuan. At the time, Bloomberg said the pair had been discussing such a deal for months and that a final agreement was near.

ZTE shares rose nearly 7% on Monday in Hong Kong. Also last Thursday, the company reported third-quarter financial results that showed its revenue fell 5.2% to 22.6 billion yuan. But its profit shot up 48% to 1.6 billion, as it shed less important marginal businesses to focus on its most profitable ones.