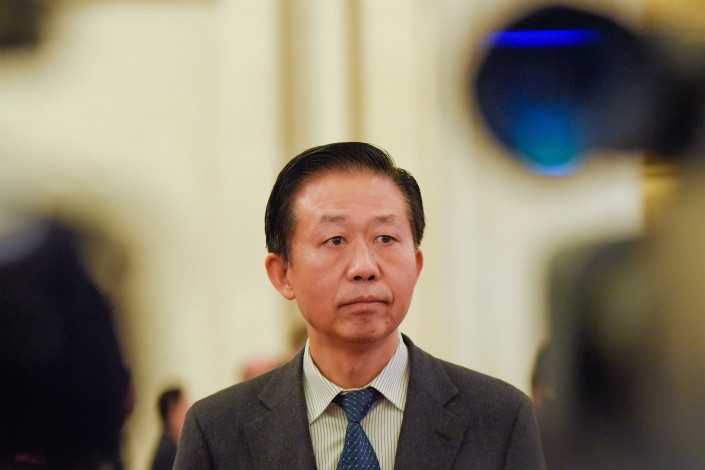 After less than a year on the job as finance minister, Xiao Jie has been appointed deputy secretary general of the State Council — part of a broader leadership reshuffle following the key National Party Congress in October.

Xiao, 60, was also given two additional roles that give him greater say over central-government decision making. He was appointed secretary of the Work Committee for Central Government Organs, which gives guidance to the Communist Party organizations in central government agencies, and secretary of the State Council Leading Party Members’ Group, according to a government website. These roles were previously filled by State Councilor Yang Jing.

Yang is still secretary general of the State Council, but was not elected to the party’s Central Committee — the 204-member body that forms the top leadership — during the 19th National Congress of the Communist Party. Xiao, on the other hand, has been elected a member of the Central Committee at three consecutive National Party Congress meetings, which take place every five years.

A new finance minister has not yet been named, and Xiao is expected to serve in his current position until a replacement is found. Ding Xuedong, deputy secretary general of the State Council and previously CEO and chairman of China’s sovereign wealth fund, has emerged as a likely candidate for the job. Previously, several finance ministers, including Xiang Huaicheng, Jin Renqing and Xie Xuren, had come from the State Administration of Taxation, making the current director, Wang Jun, another possible candidate.