WeChat Applets Step Up the Pace 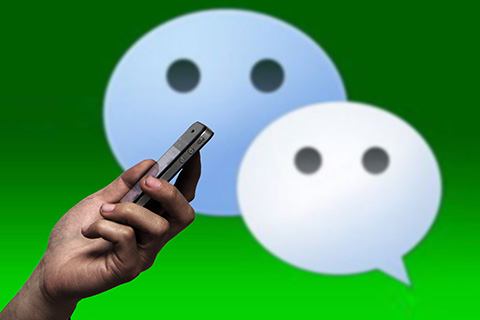 Chinese tech giant Tencent has beefed up its wildly popular WeChat social-networking app in what could be a further threat to smartphone apps.

WeChat announced that its in-app applets--mini programs that allow users to enjoy basic functions of some apps on the WeChat interface--can now do more than when they were first launched in January. In an advance, WeChat’s applets can now embed external webpages, which means they can have real-time updates like normal apps.

With a WeChat applet, users don’t have to download apps and can save storage space. Although WeChat team head Zhang Xiaolong has said that the goal of the mini programs isn’t to replace apps, some observers say the development could cut into the business of major smartphone app distributors, such as Apple’s App Store.

McDonald’s, Starbucks, travel site Ctrip and bike-sharing startup Mobile have launched applets that offer users such things as discount coupons or the ability to reserve plane tickets or rent a bike.

Applet developers have had to make separate changes for new update, whereas a traditional app synchronizes with an original webpage. Wechat’s applets, by embedding external webpages, are “facilitating more flexible applet development,” WeChat said in its announcement Thursday.

Wang Weixing, the founder of consumer media Ifanr, said the advance by WeChat applets will be a boost to e-commerce businesses.

Lu Shushen, a founding team member of WeChat who has already left the company, said applets could have so many functions that may overwhelm the current smartphone system.