By Liu Xiao and Li Mingming 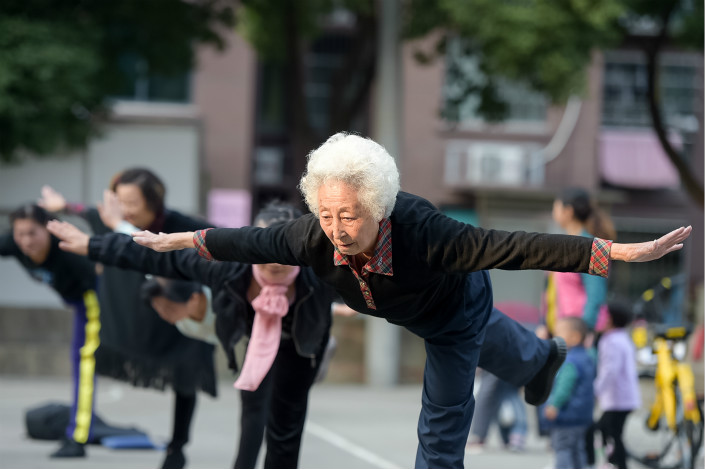 China’s securities regulator has issued rules for retirement funds that aim to balance the goals of improving investment returns and controlling risks, as the country grapples with an aging population and a long-running pension deficit. Photo: Visual China

Mutual funds in China that specifically invest people’s savings for retirement should primarily hold a portfolio of other funds — a strategy commonly known as funds of funds — among other requirements, the securities regulator said.

On Friday, the China Securities Regulatory Commission (CSRC) issued draft guidelines on retirement mutual funds. These rules aim to balance the goals of improving investment returns and controlling risks, as the country grapples with an aging population and pension deficit.

The CSRC said those retirement mutual funds should adopt mature and stable asset-allocation strategies such as target risk, where investment decisions are made based on risk tolerance, as well as target date investments, in which the mix of investments automatically readjusts based on investment goals by a predetermined date. Typically, investments are shifted from riskier assets to less risky ones as the target date approaches.

The regulator also stipulated an investment period of at least one year for investors. Investment in stocks, funds that invest in the stock market, and mixed-asset funds should account for no more than 30%, 60%, and 80% of the retirement mutual fund’s portfolio.

The purpose of the guidelines is to “better realize the professional investment capabilities of mutual funds as the pension fund market undergoes marketization reforms,” according to a public notice from the CSRC.

Only funds that meet the regulator’s requirements can be marketed as retirement mutual funds. Funds that already use this wording must comply with the new standards or change their names within three months.

With more than 4,000 types of mutual funds in China, there is a need to clarify what qualifies as one dedicated to retirement planning to help investors better select investment options, the notice stated.

The regulator is seeking comment from the public until Nov. 18.

The Chinese government is encouraging more private capital into retirement funds as China’s state-run pension fund has been plagued with meager returns.

Traditionally, the local governments, which managed the state pension contributions of urban workers and their employers, were only allowed to invest in low-yielding bank savings deposits and government bonds.

In the decade through 2014, the average rate of return of the state pension fund was around 2%, lower than the rate of inflation. The return was 2.32% in 2015, according to the latest available official figures.

Recently, Ministry of Human Resources and Social Security reiterated that, starting next year, provincial-level pension funds will be pooled together to form a bigger pool. And under the direction of the central government, wealthier provinces will essentially be subsidizing the poorer ones in providing retirement income to the elderly.