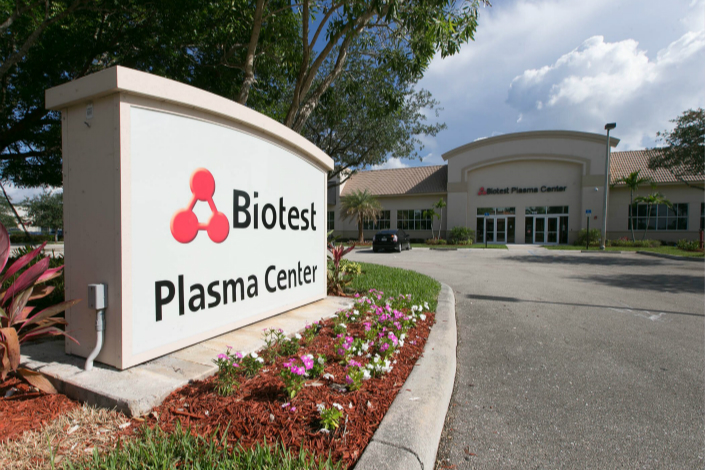 Biotest shares have lost 17% of their value since the start of the month on concerns about the deal, and were trading at 22.67 euros in early Wednesday trade in Frankfurt.Photo: IC

German biological products supplier Biotest AG said it was exploring steps to win approval for its planned 1.3 billion euro ($1.5 billion) purchase by a Chinese buyer, after failing to satisfy the U.S. agency that reviews such deals for national security concerns.

The company said it was informed by the Committee on Foreign Investment in the United States (CFIUS) that its planned acquisition by Tiancheng (Germany) Pharmaceutical Holdings, an affiliate of Creat Group Corp., “raises national security concerns,” Biotest said in a statement on Tuesday.

In response to the CFIUS concerns, Biotest and Tiancheng decided to withdraw their application and refile a new one, Biotest said.

“Biotest AG and Tiancheng plan to continue to actively engage in further discussions with CFIUS to explore means of mitigation that may be amenable to CFIUS to resolve outstanding U.S. national security concerns or to take other alternative measures that could allow the parties to proceed with the transaction,” it said. “Creat Group Corp. confirmed its further support for Biotest and its continuing interest in a takeover of the shares in the company.”

A collapse on national security grounds would mark one of the first such cases for a firm from the pharmaceutical sector, following a much higher-profile series of recent collapses of similar deals in the high-tech arena. Biotest and Tiancheng originally announced their deal back in April, with the latter offering 28.50 euros in cash for each of the former’s shares.

Biotest shares have lost 17% of their value since the start of the month on concerns about the deal, and were trading at 22.67 euros in early Wednesday trade in Frankfurt.

Chinese firms have embarked on a growing number of such purchases in recent years, seeking to bring foreign know-how to China’s rapidly growing pharmaceutical sector. But few cases have been aborted so far due to political sensitivities.

The situation has been different for high-tech firms, with a number of major deals recently collapsing after CFIUS expressed concerns. One of the most recent of those saw U.S. microchip designer Lattice Semiconductor call off its $1.3 billion purchase by a China-backed buyer in September on orders from U.S. President Donald Trump over national security concerns.